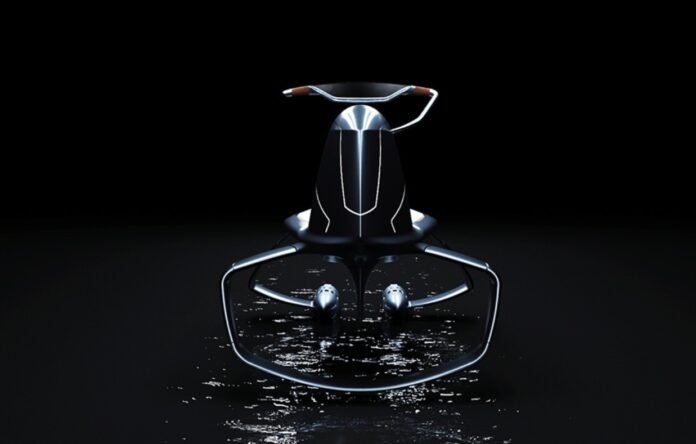 So many designers aim to bring forth the next breakthrough concept. Sometimes a vehicle is created that yearns to become the real deal and stands a good chance of doing so. The Pegasus may just be one of those designs.

The Pegasus is a conceptual design from two designers, Luca Martini and Justo Centurion, two designers from Argentina. No one knows how these two came to work together, nor does it matter; what matters is the Pegasus.

According to the design’s Behance page, the Pegasus is meant to be inspired by brands like Aston Martin, Mercedes-Benz, Porsche, and a few others. With cues taken from these manufacturers, the two designers brought forth an “elegant and sporty vehicle for recreational purposes,” or in layman terms, one hella sweet jetski that looks like it belongs in the garage of some hundred-million-dollar superyacht.

So we know that it’s a jetski, but how does it work? After all, it’s unlike any other design on the market. One way you can begin to understand a bit about the Pegasus is to compare it to a certain sea creature, the manta ray. Aside from just looking really neat, the Pegasus’ design is also one that’s meant to operate as efficiently as possible, and the manta ray is one of the sea’s most agile creatures. Nothing less is to be expected from this jetski.

Now, those hydrofoil fins look like they can cut through water like a knife, but to do that, a propulsion system needs to be in place. If you look at the rear of the Pegasus, you’ll see two massive tubes. These tubes are nothing more than jet propulsion. Simple, effective, proven. As the saying goes, don’t mess with a good thing.

What the two designers did mess with is the way these jet engines are fueled. Believe it or not, Pegasus is meant to be driven by nothing more than electrical energy. Aside from the fact that the body is intended to house Panasonic batteries accessed via the front of the vehicle, these batteries are powered by nothing more than the sun. Yes, Pegasus is solar-powered.

I understand that may sound a bit odd considering there are no solar panels anywhere on the design, but the way it’s done is by integrating solar cells in the footboard of Pegasus. This last bit was inspired by nothing more than Tesla’s roofs.

Sadly, the designers don’t have any other inner workings figured out, nor is there a top speed announced. One thing’s for sure, it must be a whole bunch of fun to ride.

Speaking of riding, if Pegasus ever hits the market as some billionaire toy, if something similar doesn’t already exist, it’ll be ridden the way you ride on a café racer, with fewer clothes, no doubt. Pegasus also features an LCD display, helping you keep track of speeds, battery levels, and any other details.

I understand that this is just a concept or renderings, but the fact of the matter is that this is just stage one in the evolution of such a vehicle. All that has to happen now is for some millionaire or billionaire to see this design, buy it, and commission it to be built. Personally, I’d love to ride something like this someday.

Rio Yachts, historic Italian excellence, in the year of its 60th anniversary presents a novelty in the name of freedom and luxury:...
Read more
Boating

Just as electric vehicles are having a moment, so are eco-friendly, electric boats. Specifically, an all-electric, hydrofoil, performance craft outfitted with a...
Read more
Boating