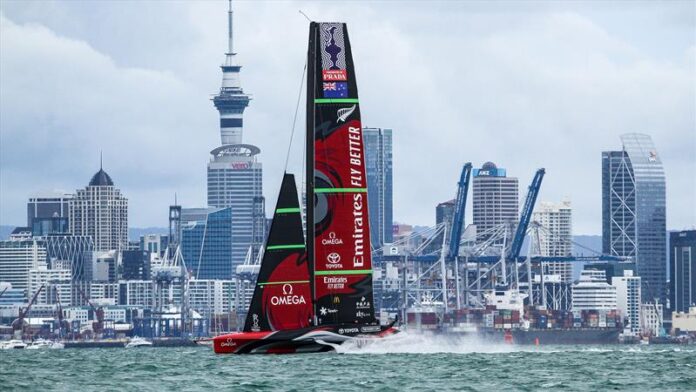 I am very happy to confirm the position of the RNZYS, and in particular to clarify the situation in respect to a member petition for an SGM.

The RNZYS is a club with over 3500 members and is this year celebrating 150 years as a valued and successful yacht club. We are also honoured to currently be the Trustee of the America’s Cup, through the incredible success of Emirates Team New Zealand (ETNZ).

In respect to our general business and annual meeting programme, we have been unable to hold our Annual General Meeting (AGM) in person so far this year due to Government lockdown restrictions as a result of Covid-19. Originally scheduled for 26 August, the AGM is postponed until such time as we can safely meet in person to conduct the AGM business as per the agenda already circulated as per our rules. We do, however, expect to hold the AGM before the end of 2021, with the Government recently advising that Auckland will be moving to a new Covid operating framework sometime towards the end of November / early December. We have given notice of our intention to have the AGM two weeks following this anticipated lessening of restrictions.

Under our rules, a Special General Meeting (SGM) can be requested by a member with the relevant supplied documents and a minimum of 25 valid names and signatures of current members. We have received a request for a SGM through Jim Farmer (who is not valid to vote) and since receiving this have had a productive conversation with him. While we are disappointed to have received a request in this manner, given we are all proud sailing members of the RNZYS, the Club’s Flag Officers will accept this request and are looking to confirm an SGM date as soon as practicably possible, with a view to achieve an outcome that satisfies all parties.

It is important to note that all members of a yacht club like the RNZYS have similar interests and pastimes – that is what brings us together. Our interests, however, go beyond the America’s Cup with club racing and events our core business.

The original motion proposed by the petitioners is “…that the America’s Cup be defended in the waters adjacent to the City of Auckland”. While we understand the intent of the motion, it is currently not in a form that is able to be implemented under the operating rules of the Club. We are therefore in discussions with Mr Farmer to progress consideration by SGM of their actual intent in a form that can be accepted and voted on. Those discussions are currently underway.

We have taken great care to clarify with our members and stakeholders the respective roles and obligations of the RNZYS and ETNZ as it relates to the America’s Cup. This is based on a contractual and working relationship between RNZYS and ETNZ of over 25 years.

As part of this agreement, ETNZ has responsibility for conducting the 37th America’s Cup defence, with all aspects of the AC37 organisation, management, and fundraising, resting with them. In return the Club is not required to make any financial contribution to America’s Cup activities, and RNZYS – its officers and members – are fully indemnified from any liability, financial or otherwise. These have been the fundamental principles of our contractual arrangements since the 1995 challenge. It is through these arrangements that we are now in the privileged position of being the Trustee of the Cup for a fourth America’s Cup cycle.

We have complete confidence in ETNZ to run the affairs of the Team and do what it takes to ensure a credible and successful defence and deliver another highly successful event. And all of this in a difficult environment, where they are up against some significant financial challenges and other teams who are considerably more resourced than they are.

We have said all along that it is the RNZYS’s preference for AC37 to be held in New Zealand, however it needs to be viable to allow this to happen. What we and the team have allowed ourselves is time to do everything possible for this to happen. It is also very important to us that ETNZ remains viable, that we keep the Team together, and we honour our commitments and undertakings with our Challenger of Record, RYS and INEOS Britannia.

Currently, we do not have a viable New Zealand venue proposition, and as a result ETNZ are in discussions with other potential locations. It would be an unprecedented achievement to win the America’s Cup three times in a row, and taking the defence overseas – while not our preferred choice – may well offer the best chance for us to do so.

Over the last few months ETNZ have kept the RNZYS up to date with all relevant communications (almost daily conversations) and RNZYS has acted when necessary in our role as Trustee.

There needs to be a reality check on the current situation in respect to a New Zealand based AC37 Match. ETNZ needs to secure the necessary funding with local and Government support to hold this event in Auckland. Unless this happens we need to consider offshore venues. The consequences of not doing so are potentially dire – no cup defence at all, and giving the America’s Cup back, having been unable to stage a defence and meet obligations under the Deed of Gift. This means a loss of the America’s Cup, a loss of our Team New Zealand, and the potential loss of any future America’s Cup challenges from the RNZYS, and most likely New Zealand.

So while we absolutely understand and support the sentiment of the petition and their desire to “have the event in New Zealand”, the answer is not that simple.

The RNZYS General Committee have been and are active in their role, not only around America’s Cup considerations, but also in ensuring the club remains viable and prosperous for future years. This in itself will not be a small feat, given the real financial and operational impact of Auckland’s lockdown that has seen Club doors closed for nearly four months. The General Committee meets monthly and discusses and considers significant matters to ensure the Club is run prudently within its means, and fulfils all of its constitutional, contractual and membership obligations.

Legal threats and misinformation do not help the leadership at the RNZYS (or ETNZ for that matter) work towards what we are all here for – “the encouragement of Corinthian yachting generally and such other purposes connected with aquatics….”.

To encourage Corinthian yachting, the club should be striving to (again) win the oldest trophy in international sport. The General Committee will continue to work on behalf of members, to do just that.

The Protocol of the 37th America’s Cup was released today by the Defender, the Royal New Zealand Yacht Squadron and Emirates Team...
Read more
America's Cup

Just under four months after announcing that they had jettisoned American Magic, their team from the 36th America's Cup, New York Yacht...
Read more
- Advertisment -