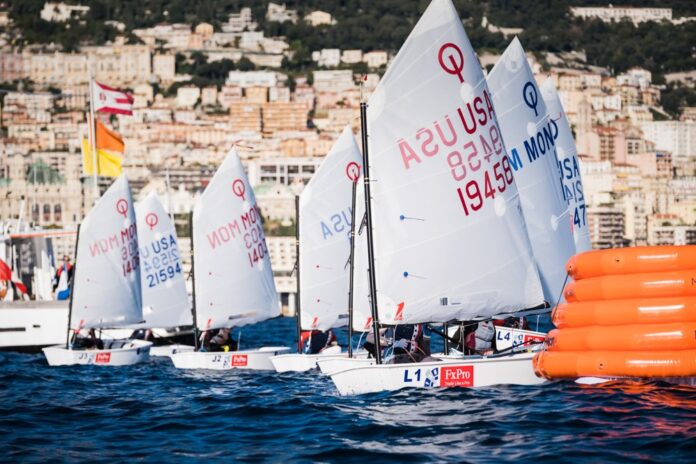 The new year kicks off a busy program of popular international regattas at Yacht Club de Monaco with back to back one design meetings. Without a doubt, 2022 looks set to be synonymous with outstanding events for the Club, a reference on the international sailing scene.

First up, 60 under-14s will be descending on the Principality next week for the 12th Monaco Optimist Team Race which attracts the world’s team racing elite in the Optimist class. The 15 nations represented include Uruguay, USA, Finland, Turkey and for the first time Chile whose young team have just arrived in Monaco.

This original format enables teams of four to compete on equal terms in the form of duels. A round robin phase when all teams get to compete against each other is followed by the quarter- then semi-finals before the highly anticipated grand finale. “This international challenge for young sailors is all part of our Monaco Capital of Yachting approach,” explains YCM General Secretary Bernard d’Alessandri. “Beyond the sporting aspect, the event is a great opportunity for these budding young athletes to meet others of their own age from different cultures and backgrounds – all passionate about sailing – around unifying values of conviviality, fraternity and solidarity”.

By way of a warm-up, the teams from Ukraine, Belgium, Netherlands, Germany, Monaco and France will take part in a Clinic (10-12 January) run by Philippe Gomez, jury and big name in the team racing world who is also responsible for the regulatory aspect for French teams. The focus will be on team-work, communication and consistency.
A reminder that the last edition was won by the USA’s national team, with the Swedish KSSS in 2nd and the Monegasques completing the podium.

Next up are the more experienced sailors who will be out in force for Act III of the Monaco Sportsboat Winter Series (3-6 February) with some 40 international teams (12 nations) expected. This series of high-level monthly regattas takes on a whole new meaning for the class ahead of the J/70 World Championship (14-22 October 2022) being organised for the first time by Yacht Club de Monaco in partnership with FxPro. For Monegasque teams, the 2021-2022 Monaco Sportsboat Winter Series, which climaxes in March, is a qualifying event to secure their place in the Worlds.

Halfway through this Winter Series and the crew on Junda led by YCM’s Ludovico Fassitelli tops the provisional ranking, five points ahead of the Moscow teams Tenzor Sport and Dolce Vita. The next Act has a distinctly Russian flavour as it marks the start of the Russian J/70 circuit. Indeed the Tenzor International Cup has chosen Monaco for this initial stage of its calendar.

The international J/70 fleet returns to the Principality 3-6 March for the 38th Primo Cup-Trophée Credit Suisse, which also counts as the fourth and final Act of the Monaco Sportsboat Winter Series. Launched in 1985, at the instigation of YCM President HSH Prince Albert II, this regatta, which rewards the top three teams in each class with clothing from SLAM’s advanced technology sportswear, has established itself as the European winter one design meeting in the Mediterranean.

It looks set to be a spectacle with some 100 teams expected in five classes. Alongside the loyal J/70, Smeralda 888 and Longtze Premier will be the trendy RS 21, which made its sportsboat debut in 2018. For the Dragons, this meeting will be the first event of their European Grand Prix circuit which starts 2nd March.

A packed program to match the Principality’s ambition to put on quality events whose reputation will help consolidate Monaco’s positioning as Capital of Yachting.