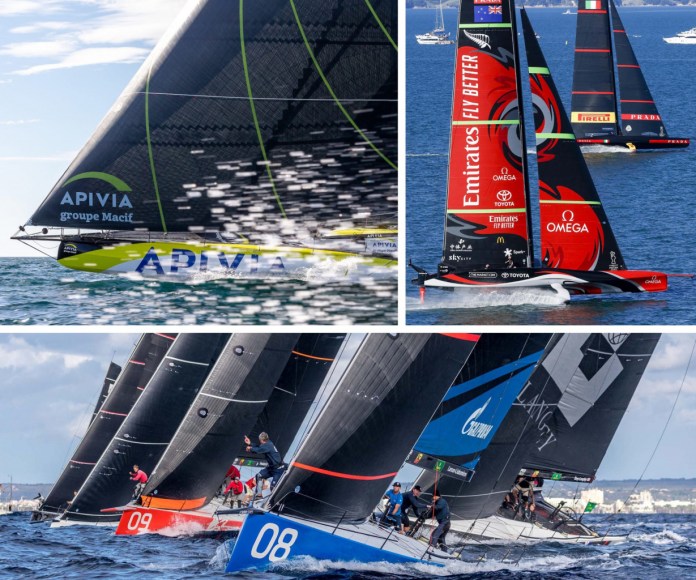 NORTH SAILS DOUBLES ITS COMMITMENT AS A LEADER IN INNOVATION

North Sails goes one step further in its commitment to push the limits of sailing performance. The revolutionary Helix luff structure technology reaches a new milestone in 2022 as it is incorporated as a standard feature on all code sails and the Helix cruising furling gennaker. Helix is ​​now also offered as an optional element on the headsails.

In its relatively short existence, the impact of Helix has been quite an eye-opener. As of January 2022, North Sails has sold over two thousand code Helix sails with spectacular results in all classes from racing teams to cruisers. With these two new applications, North Sails wants to extend the legacy of this groundbreaking innovation, which is set to become a benchmark design philosophy and a new synonym for the North Sails brand.

The Evolution of Helix

Originally limited to ocean racing, Helix code sails have quickly become the go-to tool for optimizing aerodynamics and increasing range of use. Thanks to its distinctive luff structure, Helix has provided sailors with a more outrigger gear, enhancing performance potential by optimizing load sharing for a proactive and positive sail shape.

“Today, Helix is ​​more than just one feature,” explains JB Braun, director of design and engineering for North Sails. “It is a total design philosophy that radically changes the way sails are designed, built and used. Guided by a bespoke, data-driven process, North Sails designers develop the structure of each sail to improve its aerodynamics.”

In most cases, the result of this process is a reduction in the loads distributed throughout the rigging, which has a direct effect in minimizing wear. However, the biggest advantage in terms of performance and practicality is that both the Helix Upwind (upwind) and Offwind (aft) provide versatility that allows you to extend the range of use and reduce the number of sails on board.

Helix Offwind can reduce the total loads of any carrier sail, both 3Di and panel construction, resulting in a sail that projects further forward and extends the range of use. Helix Offwind features a stretch-resistant luff structure and a luff rope specially designed by Future Fibers for North Sails, which translates into greater stability, better luff projection and reduced loads on halyard cuffs and tack.

Exclusive to North Sails 3Di sails, Helix Upwind harnesses the sail’s composite structure in a new way to radically improve depth control. Thanks to its dynamic luff structure, Helix Upwind defies the limitations of conventional design. Developed for Active Camber Control ® (active depth control), Helix allows you to adjust the shape and depth of the entire sail, not just the luff, which means controlling the power using a cunningham or halyard to extend its range of use.

As an evolution in racing sail development, North Sails now offers the innovative Helix design philosophy for both upwind and downwind sails. Do you need help choosing your Helix candles?

Helix Offwind and Upwind sails are available for order now.
Get in touch with your local North Sails loft for summer delivery.

TALK TO AN EXPERT