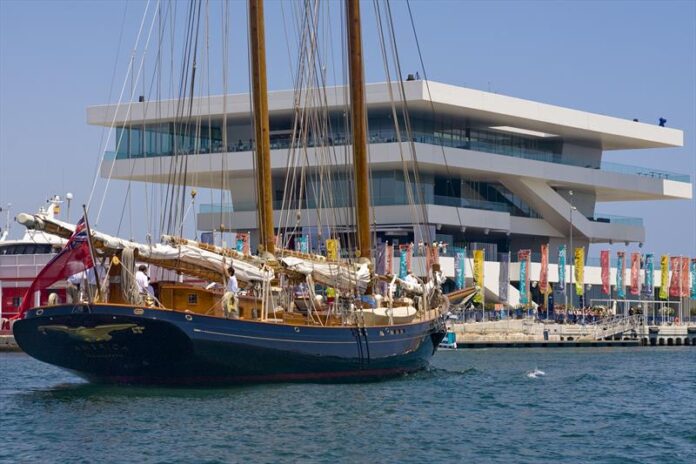 In a letter leaked to the Spanish media, last week, Emirates Team New Zealand CEO, Grant Dalton has advised one of the venue candidates, Valencia that they have been excused from further consideration, due to insufficient financial support, and that they must work through the final selection with venues that have met the required financial and other criteria.

Valencia was the venue for the highly successful 2007 America’s Cup, and also the 2010 Deed of Gift Match, where the champion Swiss team, Alinghi were defeated by Larry Ellison’s BMW Oracle Racing.

With purpose built infrastructure for the 2007 America’s Cup, Valencia was an obvious candidate to host the 37th America’s Cup, after a three month exclusive negotiation between the NZ Government and ETNZ broke down with the two parties well apart.

In a letter published last week in Spanish media, Dalton thanked Alejandro Fliquete, President of the Real Club Náutico de Valencia, but said the venue selection process had to move on and work through the final candidates who had met the required financial and other criteria. The advice is not good news for the Kiwi Home Defence Group which has mounted an 11th hour bid to have the Cup hosted in Auckland.

Throughout the venue selection process, which started in late November 2020, Emirates Team New Zealand has steadfastly refused to confirm which venues have been shortlisted.

To date it was believed that only one of the self-announced venues, Jeddah in Saudi Arabia had been able to post the required financial undertakings to host the event. Other venues in the mix included Cork, Ireland, Jeddah, and several Spanish venues: Valencia, Barcelona and Malaga.

However Dalton’s comment that “we have decided that we now need to focus our efforts and attention on the shortlisted venues that have already secured the financial support and commitments we need, as well as having the facilities, infrastructure and on-water/on-board setup land we need for the event,” would indicate that multiple venues have met the required criteria.

Barring unforeseen developments it would seem likely that the defending champions will be in a position to announce the venue for the 37th America’s Cup on or before the deadline at the end of this month.

The full letter text, which does not have a published date, is as follows:

First of all, thank you very much for the last update transmitted by Carlos to Leslie last week. Based on this information, we have been reviewing Valencia’s status in the 37th America’s Cup host selection process as we move towards the announcement deadline of March 31, 2022.

We greatly appreciate the efforts you have made, especially you and Carlos, to find financial solutions for the Valencia Headquarters solution and we also share your frustrations with how long this all takes, especially the delays caused by the false “promise ” of the investment fund solution.

We all know that Valencia could host a spectacular Copa America event, but without the financial support and considering the time pressures, that puts us all in a difficult position. Therefore, we have decided that we now need to focus our efforts and attention on the shortlisted venues that have already secured the financial support and commitments we need, as well as having the facilities, infrastructure and on-water/on-board setup land we need for the event.

Unfortunately, Valencia is not included, given the lack of necessary financial support at this stage, and therefore we need our discussions with the RCNV/Valencia on this matter and focus our attention on completing a venue agreement for the AC37 in the coming weeks with the other possible final venues.

We are open and available to have a call to discuss this matter and explain more about our process as we head into the final stage, but I would like to say again how much we have appreciated working with you thus far in trying to find a solution. Once again, thank you very much for your interest and your efforts and I am sorry, on this occasion, that we have not been able to find the right solution for Valencia.