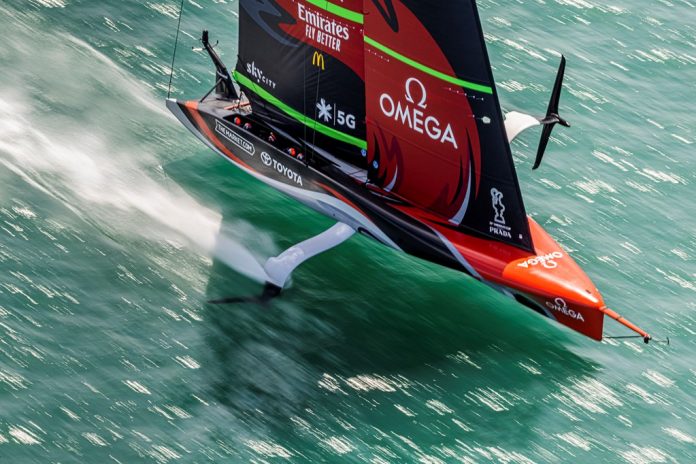 Spanish media are reporting that Team New Zealand has chosen Barcelona as the next host of the America’s Cup.

Spanish publication Cronica Global reports a ‘verbal pact’ has been agreed between Team New Zealand and Barcelona administrations and is ‘pending only its formalization’.

According to the report, the Catalan government and the Barcelona City Council are paying $70m euros to host the 37th running of the America’s Cup, set to take place in 2024.

The official decision on the host is set to be announced by Team New Zealand and the Royal New Zealand Yacht Squadron on Thursday. Barcelona, along with fellow Spanish city Malaga, Cork in Ireland and Jeddah in Saudi Arabia are on the shortlist.

Team New Zealand boss Grant Dalton was last week in Barcelona – Spain’s second-largest city and capital of the Catalonia region – to view facilities ahead of the defenders’ decision.

Spanish media last week reported the Catalan government had thrown its weight behind the bid as a way to boost a tourism industry hit hard by the Covid-19 pandemic.

“The government has…announced that it authorises the Department of Business and Employment to undertake the necessary actions to promote the candidacy of the Catalan capital in order to win this event,” La Vanguardia reported.

“The government is enormously interested in this issue since it considers, above all, that it implies an international projection for both the city and Catalonia and a boost to the recovery of the tourism sector.”

The Catalan government was joined in support of the bid by the Barcelona City Council, with mayor Ada Colau saying: “The city has the infrastructure, the climate and the experience to be the best venue.”

Team New Zealand were left to look for an offshore host for the regatta when they failed to secure necessary financing to stage the defence in Auckland, where they retained the Auld Mug last year.

Barcelona’s entry into the hosting race came after Valencia, a port city in eastern Spain, was earlier this month ruled out of hosting considerations.

Last week Malaga finalized its $121 million bid to host the event. Local media reported that bid, supported by the City Council and Regional Government of Andalusia, included upgrades to Malaga’s harbor ahead of the 2024 regatta.