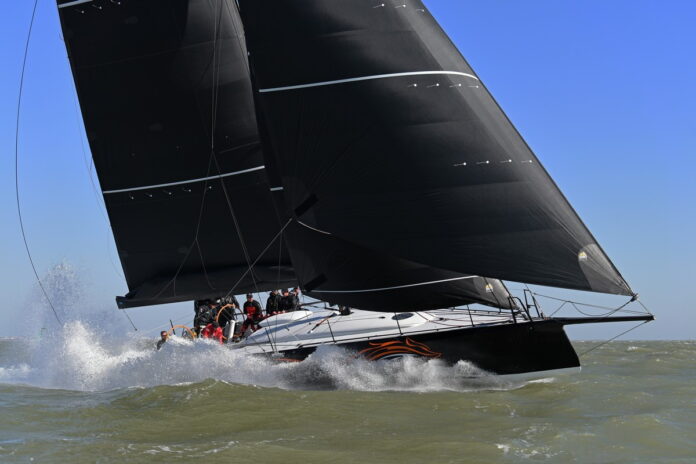 Most of the times the first trials of innovative vehicles are successful, but sometimes the ending is far from happy. Just a month ago, what was described as a revolutionary racing yacht with foiling technology was turning heads during sea trials in the Solent strait, where it hit more than 28 knots (32 mph/51.8 kph). Sadly, that’s not all it hit.

This year was supposed to be the greatest one so far for the Tulikettu racing team, gearing up to become the first Finnish sailing team in history to win the Baltic 600 race, a difficult offshore competition. It would achieve that with the help of a pioneering boat. Tulikettu was the first Infiniti 52 unit completed by Infiniti Yachts, earlier this year.

While there are plenty of boats out there benefitting from modern foiling technology, this 52-foot yacht was special because it was designed around a foil system instead of adapting the technology to an already existing hull. This particular retracting lateral foil reduced drag and displacement while enabling the yacht to reach more than 30 knots (34.5 mph/55.5 kph) with a crew that’s 50% smaller than the typical one required for this size category.

Tulikettu seemed to be off to a great start in April during sea trials. By the end of the month, it was sailing from Cascais, Portugal, back to the Team Base in Gosport, in the UK, when it collided with a floating object that remains unidentified to this day. Fortunately, all the four crew members on board survived. But the boat’s fate was tragic.

Throughout an entire week, search efforts using a high-powered tug and a spotter plane were carried out day and night. But the search was called off at the beginning of May. Tulikettu was gone forever in the Atlantic Ocean. The team was devastated, stating that the Infinity 52 has proven impeccable performance and great potential.

Although baffling, the sudden loss of Tulikettu won’t stop the racing team from continuing to fight for its dream. “A Formula One team would not stop racing after crashing its new car in the winter tests,” said Arto Linnervuo, Tulikettu Racing Team owner. Until a new Infiniti 52 is born, the team will continue training on its other boats.