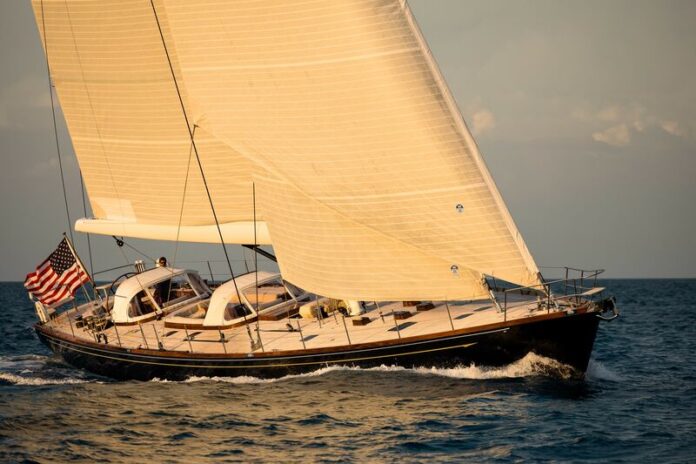 The 27.86-metre Brooklin sailing yacht Sonny III has entered the market. The yacht Sonny III for sale is the third custom designed yacht from the original owner, and was constructed in partnership with Brooklin Boat Yard in Maine. Sonny III is a well-known racing yacht and has competed in many regattas across the world.

The sailing yacht for sale has a wood hull and superstructure with exterior design and naval architecture by her builder Brooklin Boat Yard. Sonny III is a classic sloop that was delivered in 2008 from the United States. She recently participated in the St Barths Bucket Regatta in the Caribbean, where she won the Wolter Huisman Memorial Award for the yacht that competed in the true spirit of the event. 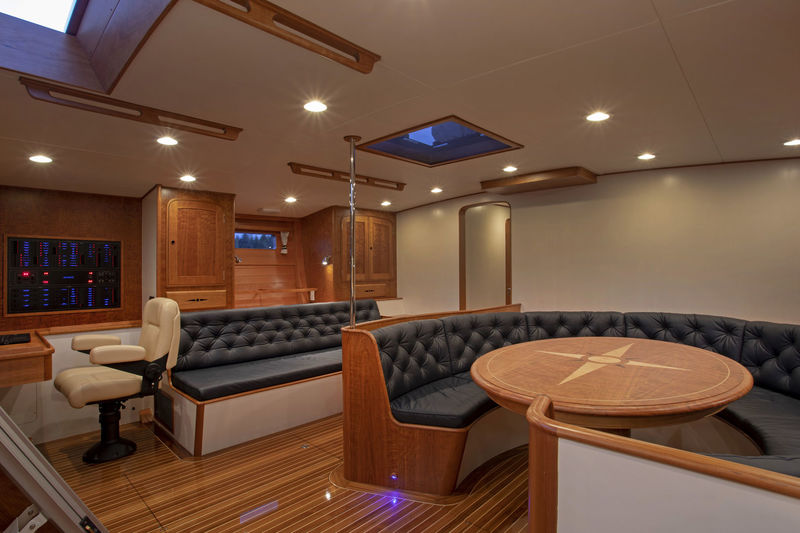 The Brooklin yacht for sale also has the ability to be a great weekend cruiser for the family as well as a racer. Sonny III is able to accommodate eight guests as well as a crew of two. Her systems are capable of a simple cruising mode but also have racing mode if desired, which makes her one of the most versatile sailing vessels on the water.

Sonny III’s recent refit in Maine cost over $2.5M and nearly every system was inspected, rebuilt, replaced, or approved as being in nearly new condition. She received a full paint job, and all decorative wood was stripped and redone with sun resistant two-part epoxy varnish.

Sonny III is fitted with a Cummins Inc engine which provides her with a comfortable cruising speed of eight knots.