A total of 18 sailing yachts raced around the waters of Italy’s Costa Smeralda this May while taking part in the Giorgio Armani Superyacht Regatta, yet none could compete for attention with the 108-foot Shenandoah of Sark. Sailing between Capo Ferro and the Monaci islet before continuing past the Isola delle Bisce, the topsail schooner put in a friendly appearance showing exactly why she remains so admired 120 years since her delivery. 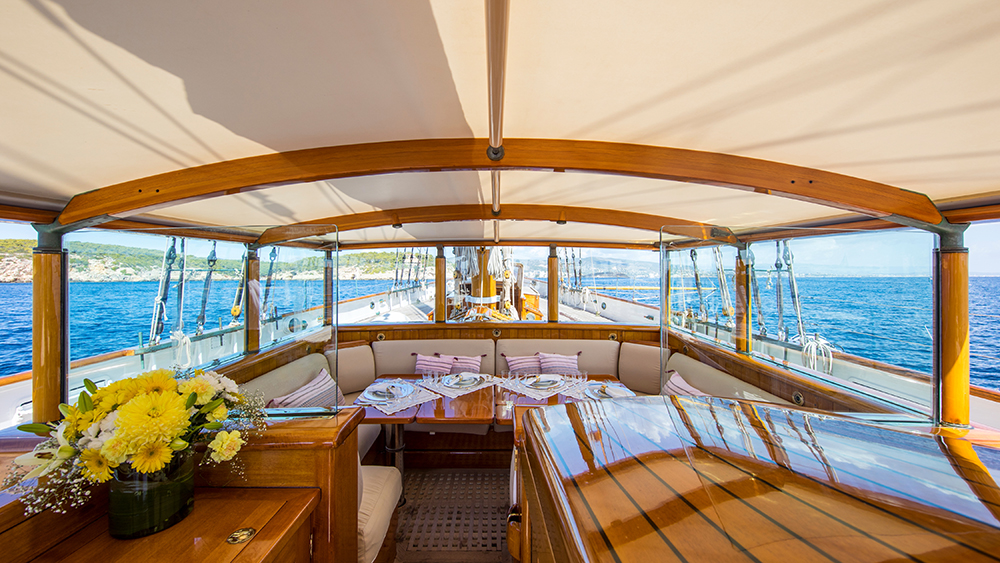 The only yacht to be designed by naval architect Theodore Ferris is adept at drawing crowds. “Wherever we go we are the most photographed boat,” Captain Russell Potter told us. “Shenandoah has a romanticism about her that brings an extra level to a holiday at sea.”

Sporting teak decks, a steel hull, and a teak and steel superstructure, maintaining the boat’s wood varnish is an annual affair. It’s something that her current owner, who adores all things classical, including motorcycles and music, is happy to do. Both himself and his girlfriend are professional musicians. It explains the Steinway that sits in the main salon, dappled in light from a large skylight above.

Shenandoah—named after the 55-mile Shenandoah River in the Blue Ridge Mountains of northern Virginia—was built in 1902 at New York shipyard Townsend and Downey. The three-masted adventurer was conceived as a fast family yacht for an American investment banker who planned to tour Europe in his retirement. He required performance and long-distance ocean sailing, something that Shenandoah delivered. Since then, the boat has passed through many owners and sailed under many names.

In 1929, Dutch sculptor Viggo Jarl embarked on a global adventure that took the boat across the Mediterranean, the Red Sea, to the West Indies and Colombia, through the Panama Canal to Hawaii and then further down into South America. She even sailed 500 miles up the Amazon. On the outbreak of World War II, he removed the engines and masts to render the boat useless to the Nazis.

In later years, she was spotted in Monte Carlo on the night Grace Kelly married Prince Rainier of Monaco. In 1952, she was seized at Cannes by the French authorities and lay abandoned for 10 years. Ballpoint pen magnate, baron Marcel Bich, rescued her, oversaw the boat’s first major restoration and then used her as a mothership to his 1974 and 1977 America’s Cup challenges.

Two significant refits have happened since, one two-year restoration carried out at New Zealand shipyard McMullen & Wing in 1996. The second and most recent in 2019, which included an engine overhaul and a new interior designed by Terence Disdale, though it remained sympathetic to Gae Aulenti’s original. The masts were also changed back to wood from aluminum. 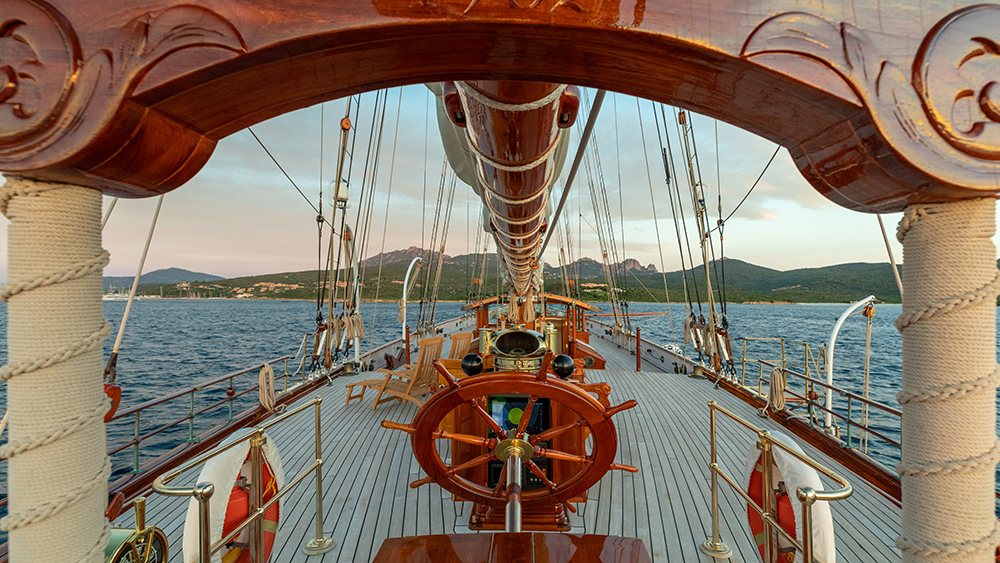 Other celebrity encounters have included a Mediterranean sail with Caroline Kennedy, daughter of JFK, and in Cannes, Rod Stewart filmed the music video for his 1983 hit “What Am I Gonna Do” while on board. But it’s the boat’s ability to excel in stiff winds and whitecaps that stands out. In 2001, she competed in the America’s Cup Jubilee Regatta, and has competitively raced in Turkey, Israel, Greece and Croatia. She sleeps eight guests in four staterooms and typically carries 12 crew. When competing, that increases to 20.

“I’ve been sailing on this boat for 14 years and I still like picking up the anchor and setting sail,” says Potter, who first joined Shenandoah as a deckhand straight out of school in 2002. “Like a vintage leather jacket or a good pair of jeans, the appeal will never die.”

Potter worked his way up to mate before leaving the boat in 2006 to spend six years aboard motor yachts. In 2012, he was asked back as captain, and has been skippering Shenandoah ever since. 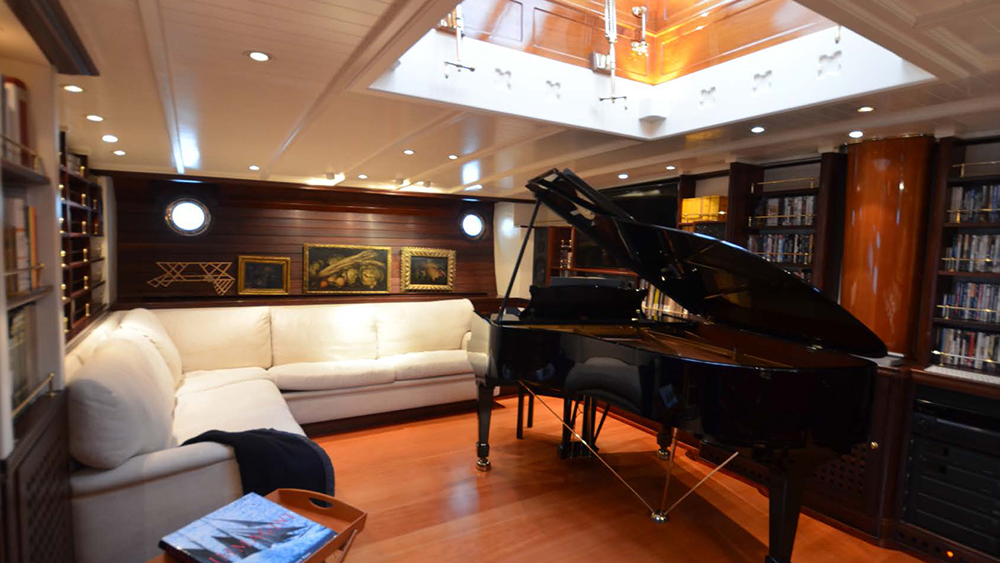 The schooner no longer races competitively though she is more than capable of picking up the pace when desired. An LY3 certificate restricts sailing in winds that exceed 27 knots when on charter, but guests are invited to help pull the lines and the crow’s nest is a big hit with kids who love to climb up the ropes Pirates of the Caribbean-style.

Gastronomy is also a forte, with the yacht’s chef, Shay van der Kraan, scooping the Heart and Sole award at this year’s MYBA Chef’s Competition in May (sponsored by Robb Report). That said, the formal dining area is rarely used. Instead, the owners spend time eating and relaxing on deck in the shade of the cockpit. Much like everything else on board, the cockpit has evolved over time. Today, it enjoys a hardtop roof and windows that wind down in the style of a classic car.

When Covid hit in 2019, the owners spent three months aboard with their dogs, comprising six weeks in Croatia and six weeks in Greece. “The owners love cruising Greece for its winds and opportunity to day sail between the islands,” says Potter. “When we’ve got flat sea and strong wind, this boat really lifts her skirts and she puts smiles on people’s faces.”

Now for sale and charter through Burgess, Shenandoah’s next big adventure awaits.