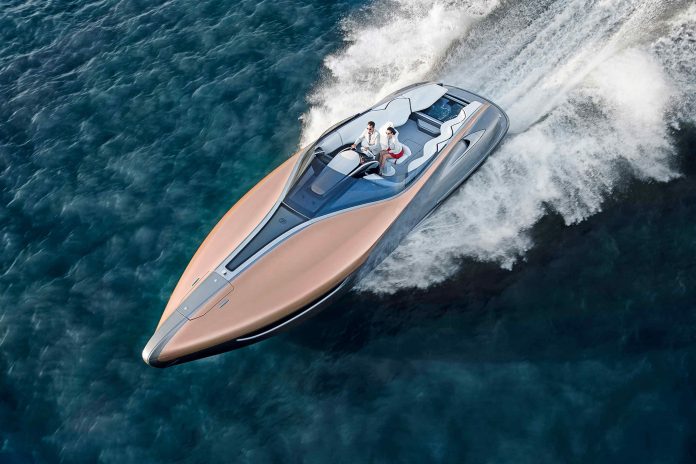 The late Roger Moore’s James Bond was apparently out of love with Aston Martin during 1977’s The Spy Who Loved Me, preferring instead to dally with another British carmaker, Lotus – notably driving off the end of a pier in an Esprit S1 that magically transformed into a submarine known as Wet Nellie.

It all seemed fun and fanciful back then and, although the car really could travel underwater thanks to being specially adapted for the film by Florida-based Perry Oceanographic at a cost of around $100,000, only a reckless submariner with extra-large lungs would have considered taking it very deep for very long.

Wet Nellie last made the news in 2013 when, having been unwittingly acquired among the contents of a storage container bought blind for $100, it was consigned to auction and sold for £616,000 to tycoon and futuristic thinker Elon Musk, who planned to upgrade it into a properly viable submersible car.

In the meantime, Aston Martin has not only become indelibly associated with Bond (its role was reinstated for 1987’s The Living Daylights and the marque has featured in every film since), it has also turned what seemed like fantasy 40 years ago into today’s reality – by unveiling an Aston submersible at September’s Monaco Yacht Show.

Project Neptune (as it is currently called) is the result of a collaboration between Aston Martin Consulting and the Florida-based Triton Submarines, a maker of luxury underwater craft whose current 14-model line-up ranges from single-man subs to seven-seaters, and includes vessels that can operate down to 305m, as well as deep-dive vessels capable of exploring at up to 11,000m below the surface.

But the three-seater Project Neptune will be different from all of them in terms of looks, finish and performance, taking styling cues from various Aston Martin cars, including the radical-looking, limited edition Valkyrie, which is expected to hit the road in 2019 with a price tag in excess of £2m – two‑thirds of the rumoured cost of the sub.

This foray into the maritime world is not the marque’s first, however. In April 2015, Aston Martin announced it had entered a partnership with Dutch boat builder Quintessence Yachts to develop a futuristic powerboat called the AM37, the first prototype of which was shown this year at Yachts Miami Beach, the world’s largest megayacht show.

Said to offer “a pure translation of the Aston Martin DNA into an entirely new maritime concept’, the first two £1m-plus, 11-metre production boats have been completed at the Quintessence UK yard and are being delivered to their buyers.

Described as the “ultimate day cruiser”, the AM37 features a sliding deck that covers the entire cockpit at the touch of a button, and a unique wraparound windscreen made from a single piece of double-curved glass. The boat also has an electro-hydraulic carbon-fibre top that stows under the engine hatch, a table that converts into a double bed and a carbon-fibre and leather-trimmed cabin equipped with “mood lighting”, a refrigerator, microwave and coffee machine.

The standard AM37 is available with a choice of twin 370 horsepower Mercury diesel or 480 horsepower engines giving a top speed of 45 knots, while a sportier “S” model offers 520 horsepower and 50 knots.

Marek Reichman, Aston Martin’s chief creative officer, is overseeing both Project Neptune and AM37 and believes they answer a call from the marque’s typical customers for watercraft that reflect the fit, finish, design and innovation of its cars.

“Quintessence came to us and asked, ‘What would an 11m launch look like if you designed it?’” he explains. “We answered it by taking the Aston Martin ethos of simplicity of form and went from there – and the result is a boat that has a unique identity from stem to stern. The deck, for example, can be completely covered at rest but slides back onto the mooring to enable people to get aboard easily. Its planked finish is reflective of a classic boat of the 1950s or ’60s, but it’s completely 21st century in terms of design.

“We have also taken advantage of our knowledge of automotive ergonomics to create an interior and cockpit layout that brings the best of modern car design and instrumentation to the marine world in a way that hasn’t been tried before,” says Reichman. “The high-net-worths who buy our cars want things such as the AM37 or a Triton because they often own superyachts or islands, giving them easy access to water – and they want to make the most of it.”

But Aston Martin isn’t the only luxury carmaker to recognise such a demand. Monaco-based Silver Arrows Marine was set up in 2011 to build luxury motoryachts that embody the spirit of Mercedes-Benz cars, debuting a prototype of its first boat – the Arrow460-Granturismo “crossover yacht” – last year.

Designed by Mercedes-Benz Style, with a concept developed alongside top naval architects Martin Francis and Tommaso Spadolini, the 14m yacht is intended to combine the open feel of a sportboat with the luxury of a small cabin cruiser. Made from high-tech composite, it features windows that retract into the hull, a hydraulic glass cabin and a slide‑out, expandable table that also conceals a double bed. Curved panels of eucalyptus wood hide a dressing room and loo, while the flooring is designed to emulate the wave pattern of a sand dune.

Silver Arrows CEO Jacopo Spadolini says the first two €2.5m production boats from the 10-vessel Edition One series are currently being built, with two more rumoured to be started next year. A plan is also in the pipeline to bring an open version of the same hull to market in the near future.

Ultra-luxury-yacht builder Palmer Johnson, meanwhile, was forced to return to the drawing board after unveiling the design for a proposed boat to be built in conjunction with Bugatti and inspired by the Veyron hypercar – because, shortly after the renderings had been completed in 2015, it was announced that the Veyron was set to be replaced by the Chiron.

The 20m vessel’s carbon-fibre hull loosely echoes the Chiron’s silhouette and can be ordered in similar two-tone colour schemes to those that are offered on the car – and the boat’s powerplant is more powerful than that of the Chiron, having two 1,000 horsepower V8 engines as opposed to a 1,497 horsepower W16.

And, while the Niniette’s top speed of 88kph is about a fifth of the Chiron’s, it is decidedly rapid for a boat – and undoubtedly matches the car in style with features such as a deck trimmed with natural blue Morta oak and Bugatti steering wheel. Down below, meanwhile, a living area centred around the Bugatti horseshoe symbol features an opulent carbon-fibre, marble and leather bedecked lounge and an impressive master bedroom. Up on deck there’s also a Jacuzzi and firepit.

A spokeswoman for Palmer Johnson says the first Niniette is currently being built and due to be completed by the end of next summer. When the boat was announced in March this year, it was rumoured to have a starting price of about €1.7m – in reality, a “basic” Niniette costs €4m, with bespoke touches and optional extras potentially bringing the price to in excess of €5.5m.

Toyota has also dipped a toe into the higher-end motorboat market with the development of a new range of luxury Ponam yachts through the Marine Department established by the marque 20 years ago.

Now on sale exclusively in Japan, the Ponam-28V sports cruiser features a hybrid hull made from aluminium, carbon-fibre and fibre-reinforced plastic, a car-derived pilot support system that helps to maintain the boat’s position and a luxurious, white upholstered interior. The firm aims to sell 24 boats a year, each one costing up to £165,000.

More interestingly for the “UHNWs” at whom the craft from Aston Martin, Mercedes-Benz and Bugatti are aimed, however, is the fact that a first ride in the Ponam-28V prompted Toyota president Akio Toyoda to commission the marque’s luxury sub‑brand, Lexus, to design a premium performance yacht – a project that was taken from drawing board to fully operational proof-of-concept in around 18 months.

Unveiled earlier this year, the 12.7m sports yacht is powered by two marinised versions of the five-litre V8 engine used in top-of-the-range Lexus cars, giving the vessel a maximum speed of 43 knots. Designed in collaboration with Wisconsin yacht builder Marquis-Carver, it features a hull made from carbon-fibre-reinforced plastic like that used in the Lexus LFA supercar, while the standing-height forward cabin is trimmed in Lexus leather with wood and glass detailing.

There are currently no plans to put the boat into production, although that could change if interest reaches a sufficiently high level. After all, it would be a shame if the Lexus of the waters simply sank without trace – just like Wet Nellie did after Bond drove off that pier.