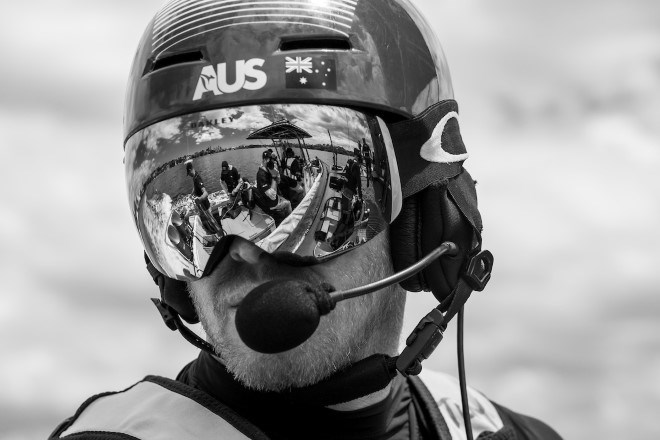 In a new content series launched today by SailGP, audiences around the globe will get unprecedented access to the sport’s pinnacle league as it gears up toward its second season, launching April 2021 in San Francisco.

Through interviews with the league’s creators, world-class athletes and leading-edge designers, fans will get to the core of SailGP and learn more about the remarkable story of the global championship, plus get exclusive access to the key personalities within it. The content series will include four episodes that will air prior to Season 2 in 2021. Ahead of that, exclusive short-form videos will debut every two weeks on SailGP’s digital channels, starting October 1.

Each of the four episodes of SailGP: Racing on the Edge will have a distinctive theme. The first will get under the skin of the sport’s best athletes who compete in the championship and put it all on the line to reach speeds never before seen in sail racing while aiming for the season title and prize of US$1 million.

Episodes two and three will focus on the cutting-edge technology and innovation of the F50 race boats. SailGP: Racing on the Edge will go behind closed doors at Core Builders Composites in New Zealand, where the F50s are continually evolved. The series will follow the design team, which continually seeks new ways to make one of the world’s most technologically advanced race boats even faster.

The final episode, which will air ahead of the season opener in 2021, focuses on the future of the league and the role it is taking in shaping the sport.

The series is being produced by Engage Digital Partners, which recently brought to life the story of Indian Premier League team Kolkata Knight Riders and has also produced content series for World Rugby and Major League Baseball.

The distribution rights are being managed by IMG as part of SailGP’s partnership with Endeavor. To date, a number of international broadcasters are confirmed to screen the docuseries, including TV3 (Spain), Fox Sports (Australia), Claro (Latin America) and Super Sport (Sub-Saharan Africa). Additional broadcasters and platforms will be announced in due course.

SailGP CMO Tim Godfrey said: “With a growing focus on creating innovative content, we want to give fans true insight into the league and allow them to witness first-hand what it takes to race at the pinnacle of the sport. Through SailGP: Racing on the Edge, we will provide unparalleled and exclusive access to the athletes – both on and off the racecourse – and fully immerse the audience in SailGP.”

Engage Digital Partners Creative Director Neil Cole said: “We are delighted to work with such an innovative brand as SailGP and use our expertise to bring creative storytelling to life in this new content series for SailGP,  which has been created to broaden the appeal of the sport.”

SailGP Season 2 will begin with two U.S. stops (San Francisco, April 17-18; New York, June 4-5), before crossing to Europe, where racing will continue in Plymouth, UK (July 17-18), and Aarhus, Denmark (August 20-21). France, Spain and additional venues will be added to the calendar in the coming months.