Dierk Thomsen has been posthumously awarded the Beppe Croce Trophy 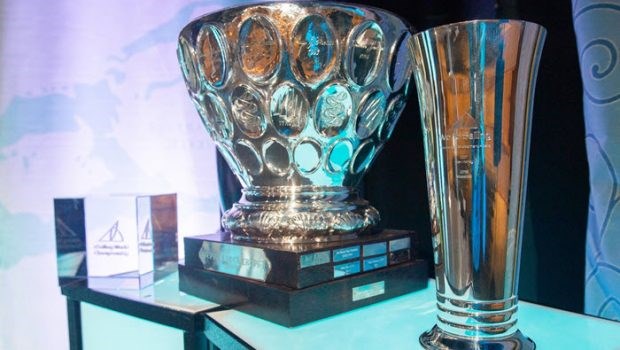 Normally celebrated at the annual World Sailing Awards night, both accolades were instead awarded during the 2020 virtual General Assembly on Sunday 1 November.

The Beppe Croce Trophy recognises an individual for their outstanding voluntary contribution to the sport of sailing with Thomsen receiving the award for his work within World Sailing, the Star Class and the German Sailing Federation.

The President’s Development Award is presented on an annual basis to those who strive to develop and grow the sport of sailing on a national or international basis. Pindar received the award for his long-running support of the sport.

World Sailing’s prestigious award, the Beppe Croce Trophy, is presented to an individual who has made an outstanding voluntary contribution to the sport of sailing.

The roll of honour is an impressive one, including multiple Olympic medallists, rules gurus and designers, and all have dedicated an outstanding amount of time to the sport of sailing. Recipients are presented with a replica trophy.

The 2020 Beppe Croce Trophy was posthumously awarded with this year’s winner announced as Dierk Thomsen, who sadly passed away on 8 October 2020.

Thomsen was heavily involved in sailing within his nation, serving as President of the German Sailing Association (DSV) between 2001-2005, and before that, Vice President between 1989-1992.

He also devoted a huge portion of his life to the International Star Class, serving twice as President between 1984-1986 and 1996-98, and winning the Harry Nye Memorial Trophy in 1999 for his outstanding dedication and commitment.

Thomsen was also a board member of Kiel Yacht Club and was instrumental in the promotion and organisation of Kieler Woche, an event he enjoyed hugely, over many years.

Within World Sailing, Thomsen sat on several Committees over a number of years, including taking on the role of Vice-Chairman of the Match Racing Committee for four years and sitting on ISAF’s Council, both during the 2000s. In 2009, Thomsen’s commitment to sailing was honoured by Göran Petersson, then President of ISAF, with the ISAF Gold Medal.

He was an active sailor for as long as he was able to be, owning 16 Star boats in total, and participating in 19 World and 13 European Championships over his career.

Thomsen is remembered as a fair, honest and outspoken member of the worldwide sailing community, always happy to give advice and share knowledge. He understood the importance of giving back to the sport, and working with clubs, federations and classes.

His importance and impact within the various sectors of sailing in which he was involved cannot be underestimated, and he is greatly missed by all those who had the pleasure of knowing him.

The trophy will be presented to his wife, Ingrid, when it is possible to do so.

Presented each year, the President’s Development Award recognises those who strive to grow and develop sailing either nationally or internationally.

This year, the award went to Andrew Pindar, a key figure in sailing for a number of years.

Pindar has been a huge advocate of female participation in sailing and has supported numerous women in the sport, lobbying and managing major projects as well as providing funding.

His selflessness and complete dedication to helping individuals and causes, and ensuring women have a fair chance to compete earned him the trust and respect of the sailing community.

He has also dedicated his time, energy and passion to a range of disciplines, from Olympic competition to match racing, foiling, Para sailing and offshore projects.

On top of all this, he is known in the sailing community as a kind and genuine person with an infectious love for the sport.

On receiving the award, Pindar said, “I’m hugely grateful; thank you very much to World Sailing for giving me this fantastic honour.

“I’ve been very lucky to have been able to travel around the world during the four decades or so that I’ve been sponsoring and involved deeply in various aspects of sailing.

“The thing that I’ve noticed, in all of the continents where I’ve had the delight to be attending events or meeting with sailing clubs, is the passion that exists throughout the world of sailing.

“There are huge number of volunteers who give their time, often very quietly in the things that they do.

“The way that I was brought up, and what I personally believe in, is to give back into society, and if this award is in recognition of that, then I’m very appreciative.

“I would also like to accept this on behalf of everybody around the world who gives so much of their quiet time, often without any recognition whatsoever for all they do.

“It’s time for us in the world of sailing to make sure we pull together going forward.”

Sunreef Yachts is proud to announce that the 80 Sunreef Power Great White has won the Best of the Best Award. Hosted...
Read more
Awards