The 36th America’s Cup had its first successful test run 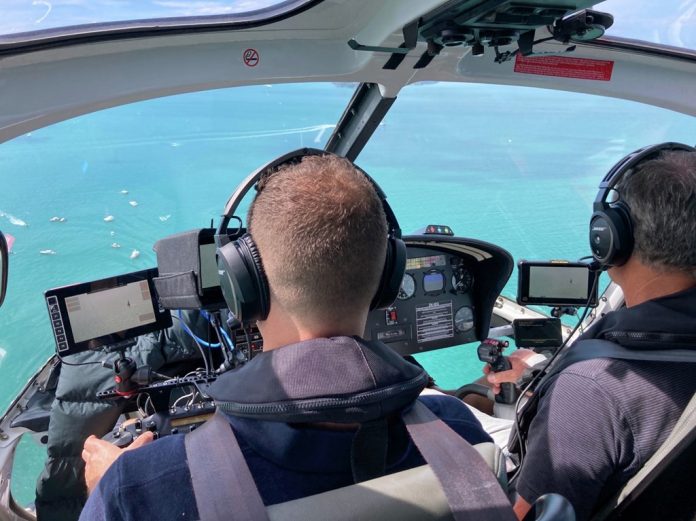 With nine days to the first official race of this 36th America’s Cup presented by Prada cycle, the whole machine behind the show had its first successful test run.

In one of a handful of test days to come, all the technology needed to showcase the racing to the world from the 17th  of December when the Prada America’s Cup World Series Auckland kicks off, was put through its paces.

These are key days for the many race officials, on water marshals, broadcast crew to diagnose anything which might occur during actual racing. They are also equally important for the teams, who are now officially allowed to engage each other for the very first time.

Regatta Director Iain Murray  allowed the teams to invite each other into the start box from 3:00 till 6:00 pm. Emirates Team New Zealand and New York Yacht Club American Magic opened the dance with a series of practice starts in stunning Auckland sailing conditions.

An intense day for the TV as well with the highly sophisticated media equipment being operational on all boats and transmitting during the practice sessions. Just as importantly, the race officials had the chance to test their race systems, and more importantly start putting into action processes and controls which until today have just been plans on paper.

With all the boxes ticked off nicely in all the departments, fans around the world can look forward to world class coverage and racing, that 15 months after the first AC75 was launched, is finally here!