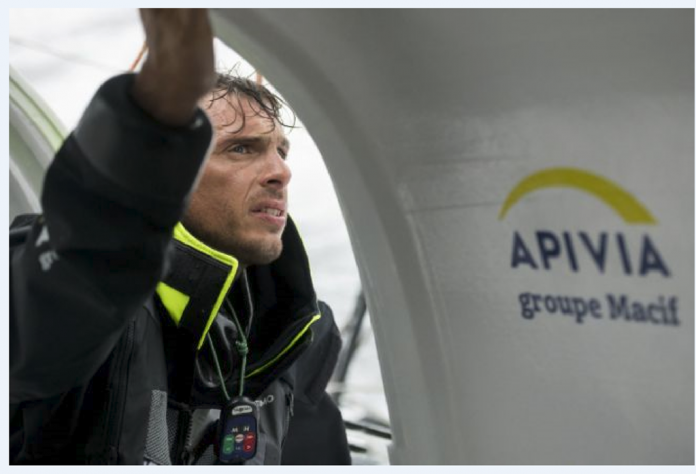 Charlie Dalin, the 36 year old French skipper of Apivia, doubled Cape Horn early this morning at 0439hrs UTC in second place on the Vendée Globe. It is Dalin’s first ever passage of Cape Horn and he rounded some 14 hours and 56 minutes after the race leader Yannick Bestaven on Maître Coq IV. He passed some seven miles south of the famous rocky island on the very tip of South America, passing into the Atlantic to complete his first time in the Southern Ocean.

With a margin of about 150 miles as he approaches the Islas de Los Estados (Staten Island),  which lies 16 nautical miles off the Argentine part of Tierra del Fuego, leader Yannick Bestaven has struck an important psychological blow to the main pursuing pack who are now more than 500 miles behind him. That is one and a half days of racing time and he has his 10hrs 15mins redress in his pocket too. He still has 6,800 nautical miles to go and likely knows that in the eight editions of the Vendée Globe so far sailed, seven have been won by the sailor who was first at Cape Horn. In 2004-5 Jean Le Cam led at Cape Horn but was passed by winner Vincent Riou in the Atlantic.

But in saying that the weather for the early part of the climb up the Atlantic are far from easy. The next 130 nautical miles to the Falklands are relatively straightforward for Bestaven but then it is difficult. A high-pressure system with light winds on the Argentine coast will shifts slowly towards the Saint Helena thigh and join up at the end of the week as a new anticyclone bubbles up along the Argentinian coast next weekend. The route seems to involve a lot of zig-zags, east then back west, to climb north. And so there is still a huge uncertainty looming for Bestaven, and indeed Dalin.

The saving grace is that the racing conditions become less stressful than in the Southern Ocean but this is the key stage of the race. And if the pursuers accelerate in on another depression off the Andes which in turn produces tough upwind conditions inshore on the east side of the peninsula, the balance can quickly swing and bring that compact peloton back into contention.

Behind the two leaders Thomas Ruyant and Damien Seguin are already more than 500 miles behind and the peloton will come into Cape Horn Monday evening on the heels of a new low bringing 30-35kts NWly winds and 6-6.5m seas.

Boris Herrmann, the German skipper has dropped to ninth this morning as Louis Burton elbows his way up the top ten, pressing hard on Bureau Vallée 2 to lie seventh.

Herrmann said this morning “The wind is very unstable I have one reef and the small gennaker, and it is not easy downwind with the big seas, and we accelerate a lot, and foil. But is not great VMG downwind with the foil. I am looking forwards to being in the Atlantic again in the conditions I know in more stable winds. The new rankings I have dropped to ninth which is very disappointing but I hope to climb back in the Atlantic. But this group is so compact and close, it is crazy, mad. Last night I messaged on WhatsApp to say to say be careful let us watch out to not have a collision, I have a problem with my AIS and I was not super happy to be close. I am closing back to Louis and Isabelle and it will be interesting, ten degrees of windshift here and there makes all the difference.”