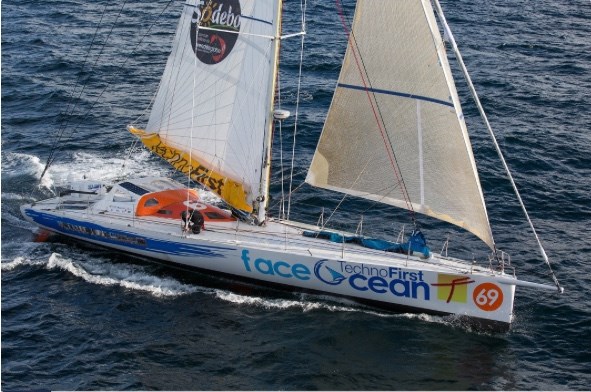 Sébastien Destremau, the skipper of the 26th placed Imoca Merci, has been finally forced to abandon his attempt to complete his second Vendée Globe.

Destremau, the 46 year old skipper from Toulon, has had a succession of problems since he was in the North Atlantic, most recently in the Indian Ocean with his autopilots and his steering system which had to effectively rebuild.

Presently he is less than 60 nautical miles from Dunedin, South Island New Zealand and, after his consecutive problems was nearly 7,500 miles behind the leader, but more particularly Destremau was nearly 2,000 miles behind 25th placed Ari Huusela.

Tune in to the Vendée Live at 12:30 GMT to get the latest information