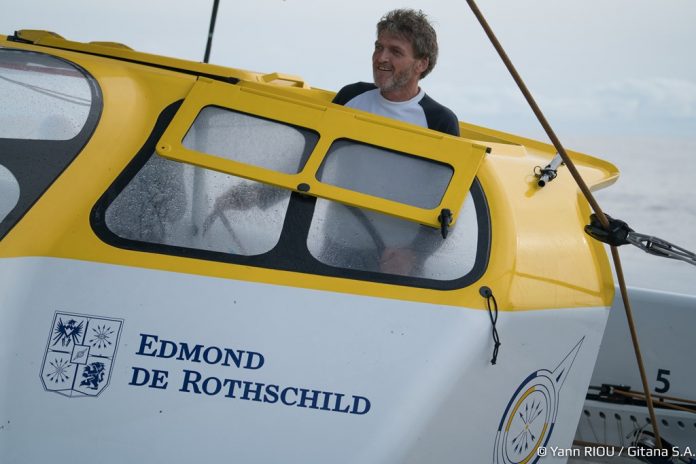 It is with deep regret and great sadness that Gitana Team announces the death of Benjamin de Rothschild following a heart attack at his home in Pregny (Switzerland), on the afternoon of 15 January 2021.

The thoughts of the sailors and members of Gitana go out to his wife Ariane de Rothschild and his children, as well as to all his family and loved ones, to whom they extend their most sincere condolences.

Born on 30 July 1963, Benjamin de Rothschild was the son of Edmond and Nadine de Rothschild. At the head of the group created by his father since 1997, he developed it in an exceptional way during all these years.

A visionary entrepreneur, passionate about finance, sailing and automobiles, as well as a wine enthusiast, Benjamin de Rothschild was also an active philanthropist, notably involved in developing innovation within the Adolphe de Rothschild Foundation Hospital. With his unique character, he never ceased to transform and modernise his legacy, in line with the family’s values.

It is with this pioneering spirit and a desire to continue the Gitana saga initiated by his great-great-aunt Julie de Rothschild and his father, that in 2000, together with his wife Ariane de Rothschild, he created the Gitana Team. With this high-tech offshore racing stable dedicated to performance and team spirit, in just a matter of years, he transformed over a hundred-year-old family passion into a school of excellence; victory in the Route du Rhum, The Transat, the Rolex Fastnet Race, the Transat Jacques Vabre, as well as the Orma grands prix and the transatlantic passages where he joined his teams aboard, all these shared moments will be remembered.

Thanks to his commitment, Benjamin de Rothschild enabled a whole generation of sailors to express themselves on the finest boats of the time, as is the case right now for the crew of the Maxi Edmond de Rothschild, currently in the midst of an attempt to secure the round the world sailing record, the Jules Verne Trophy.