HomeBoatingBrabus Shadow 900 Super Boats Are Back in Limited Numbers
Boating 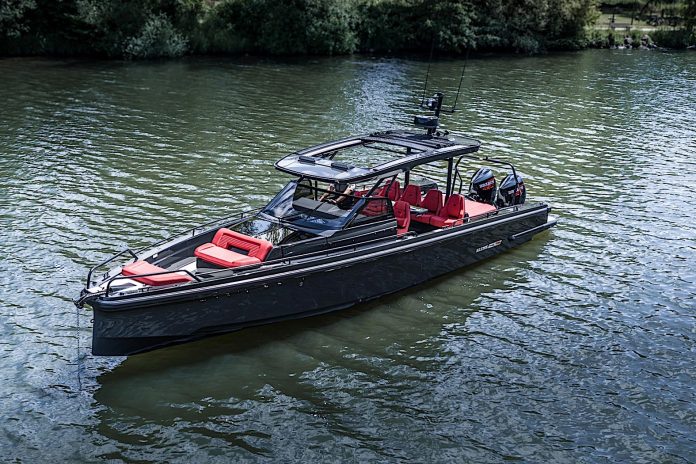 Brabus is not a name to be taken lightly in the tuning world. The Germans have built a reputation for themselves by coming up with incredibly alluring, souped-up versions of Mercedes-Benz cars for more than four decades. But there’s a little side business the company has that might be even more exciting in some circles.

It’s called Brabus Marine, and it’s an arm tasked with making… boats. Brabus is not doing this alone, but together with Finnish boat builder Axopar, and the joint products are generally called Shadow.

Through 2020, we’ve talked a bit about these water-going Shadows, and the products seem to have been interesting enough to customers for the company to bring them back. So, in 2021 get ready for a pack of three variants to take over whatever body of water happens to be near your location.

All three are generally called Shadow 900 Black Ops, but they come in different body styles. We have the Spyder, Sun-Top, and Cross Cabin, each designed to cater to a different need of the customer.

All three share the same powertrain, a Mercury Marine Verado 4.6-liter V8 weighing “some 135 kg less than their nearest competitor” and providing “40 percent more torque than their 400 hp equivalent.”

You can have a look at the full capabilities of the Brabus Shadow 900 super boats at this link.

Facebook
Twitter
Pinterest
WhatsApp
Previous article
Tunnel Vision, Cutting Out The Noise As The Finish Beckons
Next article
Under 1000 miles to the finish of Vendée Globe: Tumbling dice