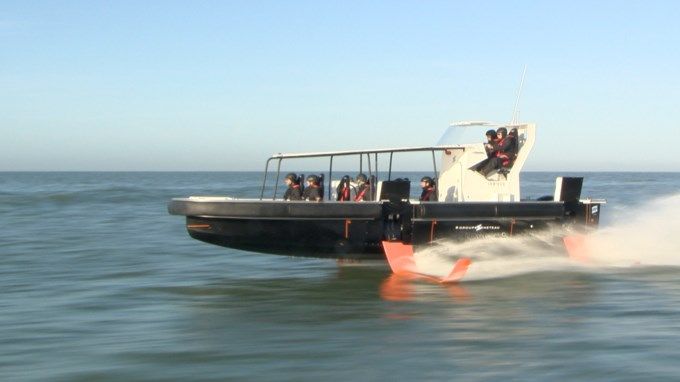 2019-20 revenues: better end to the year than forecast thanks in particular to strong demand for outboard boats in line with current boating trends

Revenues for the last four months (September-December 2020) came to €195.3m, down 21.2% based on reported data (-19% at constant exchange rates) compared with the last four months of 2019. This contraction, which was less than expected, reflects the weak level of both sales to charter operators and leisure home sales, partially offset by the upturn in the outboard segment.

Boat Division: strong desire to be on the water despite the health constraints
Following a summer that saw strong levels of interest in dayboating and sales of small motorboats, with the cancellation of virtually all the autumn-winter shows around the world, all of the Groupe Beneteau brands and their dealer networks had to quickly adapt and offer new formats for discovering, testing and marketing boats. A number of local private events, exclusive days and other digital initiatives and virtual shows have therefore continued to be organized around the world.

Since the autumn, the successive waves of the epidemic in Europe and North America have led to new travel restrictions, significantly longer transport times (particularly air) and the closure of many watersports centers in the Caribbean, affecting the winter season for charter professionals. In this context, during these four months, Groupe Beneteau continued to benefit from its multi-specialist positioning, enabling it to strongly mitigate the consequences of the contration in fleet sales (-70.9% at constant exchange rates, after +80.6% for the last four months of 2019) through good growth for motorboats, with sales climbing +13.6% at constant exchange rates, driven primarily by demand for outboard boats.

Boat sales in Europe and North America are therefore up 10.2% and 6% respectively at constant exchange rates, while other regions around the world are stable. The American brands achieved a good performance on this dayboating segment in North America. As a result, the Boat business contracted by just 15.2% based on reported data during the last four months (-12.7% at constant exchange rates).

Housing Division: significant contraction in sales with client investments deferred
Affected by the lockdown in spring last year, and the effects of the health crisis throughout the 2020 season, many camping companies in France chose to defer their leisure home investments by one season. During the last four months of 2020, Housing sales dropped significantly on the French market (52.9%) and for export (-45.3%).

One week after the cyberattack on Groupe Beneteau on February 19, the joint efforts by its in-house teams and external IT experts make it possible to envisage gradually starting up production activities again at certain plants from Friday February 26.

The Group is continuing with its investigations in order to find solutions to restore its IT systems to a normal and secure way of operating.

Further information on this subject will be published on Wednesday March 17 when the Group reports its results for FY 2019-20 (16 months) and its outlook for the financial year from January 1 to December 31, 2021.