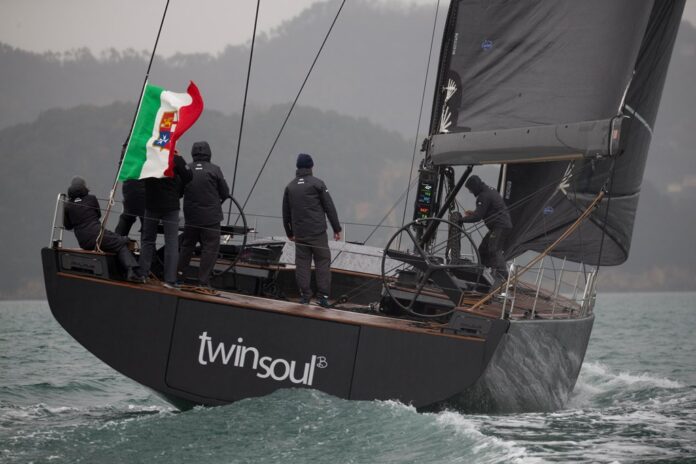 Mast-mounted instrument displays that are touch-screen and customisable; the appeal of B&G’s new product Nemesis is easy to see from any angle. In the age of touchscreen phones and tablets, it seems such an obvious idea yet Nemesis is the first product in the marine market to boast these finger-sensitive capabilities. No more having to go down below to pore through a myriad of data at the nav station – you can swipe through different screens of your choosing directly from the mast display. Or if you prefer, you can swipe through Nemesis screens via your Apple Watch.

Development of Nemesis started in February 2020 – and took only eight months from development to market despite taking place in the year that was defined by the arrival of Covid-19. Built by a development team based across six countries in four continents including the UK, Slovenia, The Netherlands, New Zealand, Mexico and India, it was perhaps this Covidenforced way of working that spawned such an innovative product.

This new generation of intelligent sailing data display offers unparalleled visibility, with complete customisation or ready-to-go templates and automatic dashboards based on your point of sail. B&G product director and former Olympic campaigner for Great Britain, Matt Eeles, comments: ‘Nemesis gives you the ability to define what data you see, when and how you see it, regardless of the changing conditions on the water.’

Out of the box (100 per cent biodegradable and recyclable by the way), new users of Nemesis might want to set up on one of the standardised templates before introducing customisations of their own. An easy to use drag and drop editor provides a wide choice of graphical gauges, SailSteer, tank levels, digital data, IP camera views, histograms and images. With this, you have the freedom to select the data, visualisation and set size and position that you want; or you can simply choose one of the pre-selected built-in B&G dashboards and templates.

Context-sensitive mode lets you have one dashboard set for the prestart, e.g .distance to the line, true wind angle, speed over ground, and then immediately switch after the start to other data such as heel angle and depth, then at the windward mark automatically change to a new set of data on the instruments for the downwind leg,’says Eeles.

A key addition to Nemesis over B&G MFDs is the 360 polarisation filter. Eeles adds, ‘this allows for mounting of the unit in landscape or portrait while still maintaining viewing angles in bright sunlight with or without polarised sunglasses, this is unique to Nemesis. No dark areas, where your sunglasses cancel out the filter and create dark sectors. This means Nemesis works well for the mast or the cockpit.’

Feedback from the market has been encouraging, including from the British America’s Cup team. Tom Cheney, Ineos Team UK senior software engineer, was lucky enough to have a go with one of the first Nemesis displays and says: ‘my first impressions are great. It’s the product that I have been waiting for from B&G. The level of customisation possible is really impressive. I am sure they’ll end up being used all over the place, but as a mast display on a grand prix raceboat you will now be able to have so much more data available, displayed really clearly, right in the eye line of everyone on the boat.’

Other parts of the marine market have already shown great interest in fitting Nemesis. One example is Gunboat who took some of the first displays available for their latest 68, and will be specifying two 12-inch displays and three nine-inch displays as the standard fit-out for any new Gunboat 68s going forward.

Another unique selling point about Nemesis is that it includes a built-in web browser. This has been of particular interest to Armel Le Cléac’h in the construction of his 32m Ultim trimaran Banque Populaire, according to Eeles. ‘The web browser makes Nemesis a point of integration for the systems on the boat. In the case of Banque Populaire, they’ve got a big system with all its instrument data and autopilot, and so on. They’ve also got other systems from various manufacturers, but rather than have separate displays and all the extra space and weight that would create, the Nemesis display effectively becomes an integration display to access all the different systems on the boat from a central point.’

Such is the versatility of Nemesis, even the B&G developers are unlikely to have envisaged all the possible applications and uses for the product. It’s likely to become a go-to product in both the racing and cruising markets. And since you were wondering, yes, the Nemesis touchscreen really does work with wet fingers!

B&G, the world’s leading sailing electronics manufacturer, has returned as an Official Technical Supplier to The Ocean Race, including the upcoming inaugural...
Read more
Gear

SailGP with GoPro to bring fans closer to the Season 2

Besenzoni's green technology revolution continues with the all-new LaScala Elettrica, on public display for the first time ever at the Venice Boat...
Read more
Gear

Possibly one of the hottest powerboats of the year to come out of Ultimate Marine & HCB in the USA is using...
Read more
Gear

The very high quality of the products and service offered and the deep attention paid to the customer's needs are the values...
Read more
- Advertisment -