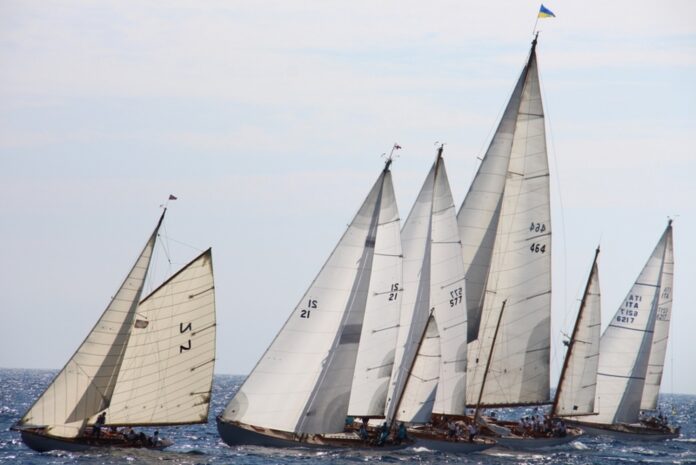 AIVE, the Italian Association of Vintage Sails, presented the 2022 Regatta Calendar in Rome. Over 15 appointments are scheduled in the Tyrrhenian and Adriatic Seas, from April to October, dedicated to the boats that have made yachting history. To these are added other events promoted by similar international associations, including those of France and Spain, which contribute to classifying the Mediterranean as an unrivaled regatta field in the world. Four seasonal trophies up for grabs.

In the Mediterranean 6 months of vintage sails regattas

On Friday 4 March 2022, AIVE, the Italian Vintage Sails Association (www.aive-yachts.it), presented the Regatta Calendar for the current year at the Bettoja Hotel Mediterraneo in Rome. The guests, journalists and representatives of the most important Italian Yacht Clubs were welcomed by Giancarlo Lodigiani, recently acclaimed as the new president of AIVE and owner of Voscià, the 1959 Sparkman & Stephens that belonged to Luigi Durand de la Penne, hero of the Navy and partner founder of AIVE. The new season begins with the participation of the vintage sails in the International Sailing Week of the Naval Academy of the City of Livorno, between the end of April and the beginning of May, and ends in mid-October with the Viareggio Historic Sails Meeting. Over the course of about 6 months, about fifteen appointments are planned, of which five in the upper Adriatic and ten in the Tyrrhenian Sea. “Finally a long season of regattas awaits us, which first of all has the aim of spreading the culture of yachting, a theme that has always been dear to AIVE”, declared Lodigiani, “and inaugurating it as new president on the fortieth anniversary of its foundation is a great honor”.

In addition to these events there are others in France, Spain, Corsica and Greece, many of which are organized under the aegis of CIM, the International Committee of the Mediterranean which oversees and issues the legislation relating to regattas of vintage boats and to which AIVE is associated. The over 30 events on the calendar contribute to qualify the Mediterranean as the most attractive basin in the world where the most beautiful vintage and classic boats still sailing can compete.