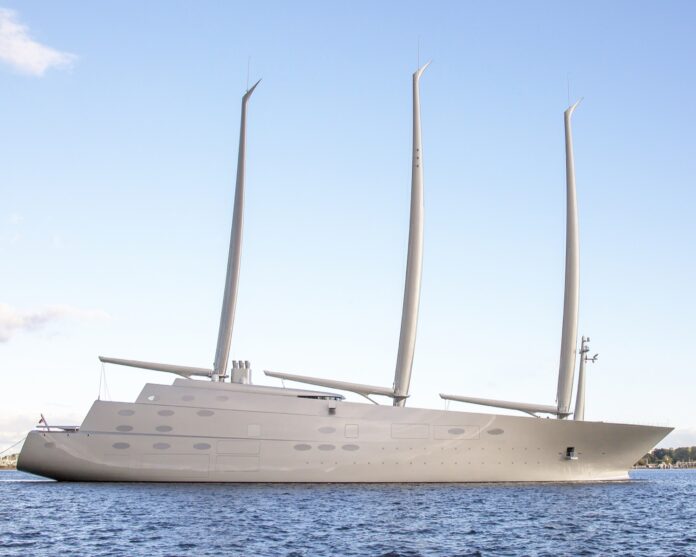 EU authorities continue to hunt down the superyachts owned by Russian oligarchs, and this time, it’s the turn of Sailing Yacht A to become a frozen asset.

It happened on Friday in Italy, with the local police confirming the superyacht belonging to billionaire Andrey Melnichenko is now in storage in Trieste.

The decision to freeze the vessel at the northern port of Trieste comes after the European Union decided earlier this month to sanction Melnichenko for his connections with Russian President Vladimir Putin.

European authorities have announced a series of sanctions following the invasion of Ukraine, and seizing the assets of Russian oligarchs is seen as a measure that could help increase the pressure on the Russian President and cut the money supply which could be used to fund the war.

Melnichenko has recently been added to the list of Russian oligarchs targeted by the sanctions, as it’s believed he’s part of the closest circle of Vladimir Putin. The EU council claims Melnichenko personally met with Putin to discuss the impact of the sanctions announced by both the European Union and the United States.

As of March 2022, Andrey Melnichenko, 50, is considered the 7th richest person in Russia, with a net worth estimated at $15.8 billion. He’s the founder of fertilizer producer EuroChem Group and coal energy company SUEK.

Sailing Yacht A is an impressive vessel, with manufacturer Nobiskrug calling it “one of the world’s largest and most advanced superyachts.” It measures 143 meters (469 feet) and has a gross weight of 12,558 gt, sporting 8 decks, a hybrid propulsion system, and even a touch-and-go helipad.