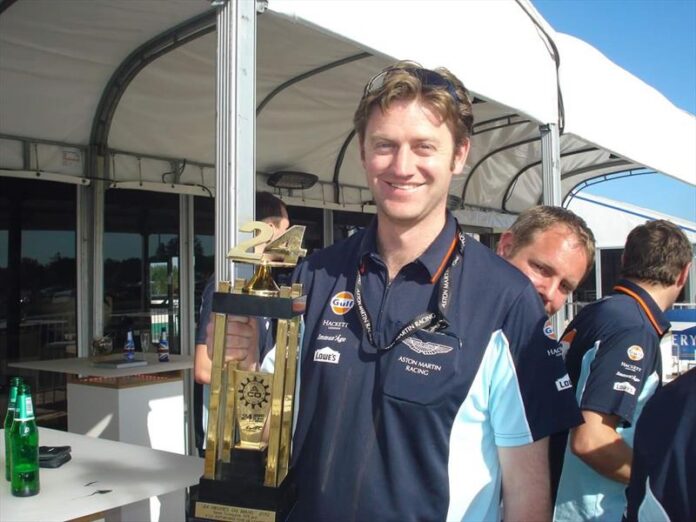 Much has been made about the increasing cross over into F1 and motorsport for the America’s Cup teams in this 37th America’s Cup cycle with a lot focused around aerodynamics and design tools, which remains true in the case of the Emirates Team New Zealand wind powered Land Speed record.

A new recruit to the Emirates Team New Zealand design team, Jarrod Hammond joined the team in 2021 from Rocket Lab where he had been applying his trade for a number of years. But as it turned out it was another part of his design background which has proven a valuable additional benefit to the team and the Land Speed Record attempt.

“I originally came over to help out setting up the new CAD system, some design software for the team. Once I got here, we discovered that my background in motorsport would actually be a big help to the [wind powered] Land Speed project, so it was all a bit of a fortunate coincidence.”

Although as Jarrod was quick to discover, there are some significant differences between motorsport and the dynamics of an engine-powered vehicle and that of the wind-powered land speed craft.

“It’s a little bit different the way that the load transfers through the craft. Normally you’ve got drive coming from the wheels or you’ve got breaking loads or you’ve got cornering loads, and they’re the big things you need to worry about.
Whereas here, we’ve got more vertical loads that we’re dealing with – The wind load coming from the wing. To manage the wing, we’ve got quite a bit of ballast as well to balance the craft, and that has been a bit of a new way of looking at things.”

Safety is a constant consideration across all aspects of what Emirates Team New Zealand undertake whether on an AC75, and AC40 or the land speed craft. The latter of which will be travelling at speeds more akin to a motorsport racetrack than America’s Cup course. So, the driver ‘tub’ or cockpit that Glenn Ashby is encapsulated in is a critical area that Jarrod has brought valuable experience but with a necessity to adapt to differences.

“The big thing in this craft, we’ve got to get Glenn down inside, and we’ve got to keep him safe because he is going to be going over 200 kms an hour. In a race car, typically, the composite tub is the main structure of the chassis, where we’ve got the main structure of the chassis carrying all the wind load. It’s simple in one aspect because that tub just needs to be his little capsule, it doesn’t need to carry all the body loads. Glenn is going to be quite a long way reclined, which I think is something that’s a little bit new for him.” said Hammond

Despite the challenges of Ashby stuck in Australia and the rest of the project speed team at the team base in Auckland, it has consequently worked favorably in the design and production of the canopy of the drivers capsule with Graham Jones and his Atlas Plastic Moulding factory just 30 minutes drive from Ashby’s home in Melbourne’s Mornington Peninsula.

“The one thing that we did need to sort out was the canopy to make sure that its aerodynamic, and it’s a very flat profile and to make sure that he can see through it clearly. We probably underestimated at the beginning how tricky it was going to be to form that, but luckily, we met Graham and he knows how to do that side of it. We’ve gone back and forth a few times, but I think we’ve got a pretty good understanding of how he works and how his process works, so we’ve now got him a shape that we think is going to work pretty nicely. It’s a big piece of acrylic that we’ve had to try and make it all fit, but I think it’s going to come together pretty nicely now.” explained Hammond

“We would have really struggled to get this canopy thing to work if it wasn’t for Glenn being able to go there and just get it done.It probably would have been a huge delay and a huge problem if it weren’t for his ability to understand the manufacturing and the building side of it, as well as being the pilot.”

Like most of the designers and team working on the Wind Powered Land Speed project at Emirates Team New Zealand so far it has been a refreshing project for Hammond to get stuck into and be in the thick of.
“It’s great to be back to, you know, prototype sort of back of the napkin sketch type stuff and having the guys here who are able to build good parts out of such simple information. They really know their job and it’s great as a designer to be able to give them some pretty simple information and know that they can work with it and get the job done.”

America’s Cup – Untold, The Race of the Century