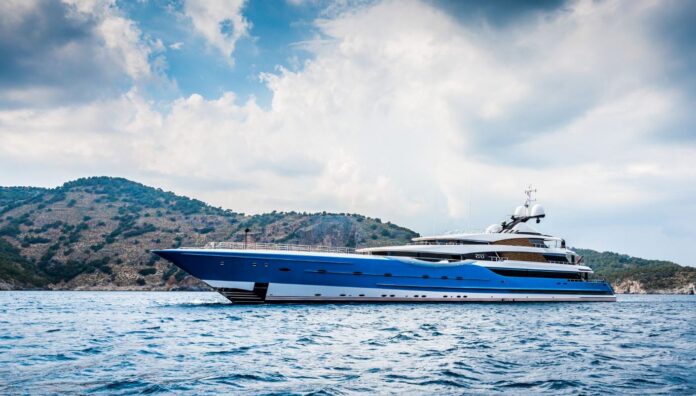 It might seem impossible to disappear something as big as a multi-million dollar superyacht, but Russian oligarchs are proving true magicians these days. A second, record-breaking and internationally famous vessel has fallen off the map, reports note.

Last week, Galactica Super Nova, the boat of Lukoil CEO Vagit Alekpero, illegally turned off its automatic tracking system (AIS) and vanished. Several Russian oligarchs on the official list of sanctions, prompted by the ongoing Russian invasion of Ukraine, have already had their superyachts, mansions and private jets seized by European authorities, and Alekpero’s move seems to have set the trend for what’s to come.

Oligarchs who did not get to stow away their prized toys to remote regions where sanctions don’t apply are choosing to make them vanish. This seems to be the case with Madame Gu, a superb 2013 Feadship build that is also instantly recognizable because of a very special kind of blue on the hull, called Shark Blue. Madame Gu was last seen in the port of Dubai on March 6 and has been “out of range” since.

The disappearance was first reported by eSysman SuperYachts on the YouTube channel of the same name. According to the report , Madame Gu was not even done with the maneuvers out of the port of Dubai when the AIS was turned off.

The 99-meter (234-foot) superyacht is the 73rd largest in the world, and one of the most iconic, as well, thanks to the exterior by Winch Design. Delivered in 2013, it offers accommodation for 12 guests and a crew of 36, and insane amenities like a helideck that can fold up and lower the aircraft into storage. A secondary helicopter can be transported up top, on the helipad.

Instead of a custom tender, Madame Gu comes with a matching helicopter, painted with the same shade of blue: a Eurocopter Dauphin AS 365N3, estimated at $9 million. Speaking of this very special blue, it makes Madame Gu the boat with the most expensive paintjob in the world, since it’s so difficult to maintain that it requires repainting every 12 months or so. Each repaint is more than $1 million but, then again, the boat itself cost $150 million, and Skoch is worth $7.7 billion.