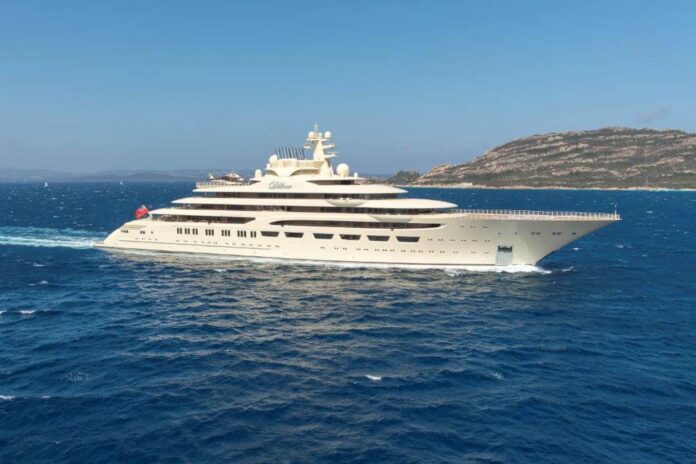 Economic sanctions against Russia for the invasion of Ukraine were outlined shortly after the start of the war, but the actual implementation is taking time. German authorities, for instance, required over a month to establish a link between Russian billionaire Alisher Usmanov and a superyacht located at a local shipyard.

That superyacht is Dilbar, the largest superyacht in the world by tonnage, a multiple world record breaker, and one of the most spectacular naval builds of all time. Built by Lurssen and launched in 2016, the start of the Russia-Ukraine war found it in Hamburg, at the Blohm and Voss shipyard, where it was undergoing refits.

In March this year, a couple of weeks after Russia attacked the neighboring country, reports claimed that Dilbar had been seized. They turned out to be partially accurate: the monster vessel was not yet in custody, but it was being held while Germany’s federal police looked into its ownership. As is customary with many Russian-owned vessels, Dilbar too was flagged in the Caymans and registered to a company in Malta.

The federal police have now confirmed that Dilbar is impounded after the investigation determined ownership. “Through extensive investigations despite offshore concealment,” authorities have found that the owner is Gulbakhor Ismailova, Usmanov’s sister, who is also on the sanctions list. Usmanov transferred several pieces of large property to his sister in a bid to avoid seizing, including Dilbar.

Described by Lurssen as “one of the most complex and challenging yachts ever built,” with “entertainment and recreation spaces never before seen” and an interior of “rare and exclusive luxury materials,” Dilbar is 512 feet (156 meters) long, and the largest in the world by tonnage.

It’s estimated to have cost between $600 million and $735 million, with annual maintenance costs alone of $60 million, which makes it one of the most expensive vessels, too. Amenities onboard include two helipads and the biggest indoor pool ever installed on a superyacht, and it can accommodate 36 guests and 96 staff.

In recent weeks, international authorities have seized a variety of luxury toys and real estate from Russian oligarchs known as allies of President Putin. Dilbar is the most expensive “catch” so far.