Russian oligarch’s superyacht explorer once parked near the Statue of Liberty, now on the run 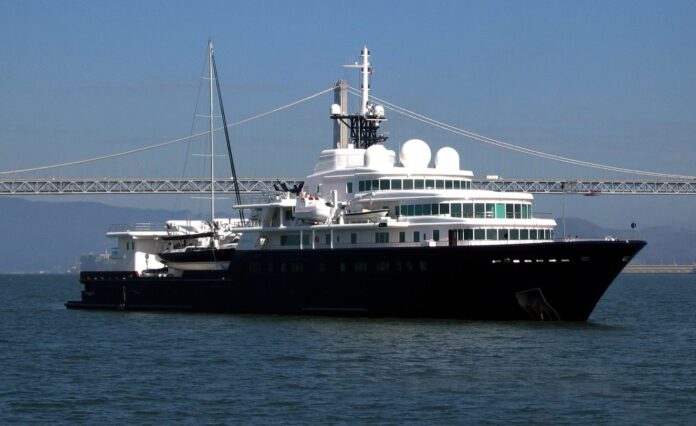 Parents always tell their children to be careful who they choose as friends. In the case of this Russian oligarch, his close friendship and business partnership with the infamous Roman Abramovich got him to lose two private jets and have his superyacht on the run.

Eugene Shvidler stands out among the sanctioned oligarchs due to having American citizenship. He felt so much at home in the U.S. that only a few years ago, he was making headlines for his inconsiderate gesture of parking his mammoth superyacht in front of the Statue of Liberty. People in the area were saying, at the time, that although it’s not illegal, it’s “rude” because it blocks the view.

Now, the whereabouts of that very same pleasure craft is unknown, with Puerto Rico being its last registered location.

Shivdler’s Le Grand Bleu was born for greatness. More than two decades old, it’s almost iconic in the industry. It’s one of the early creations of Stefano Pastrovich, who would become one of the most acclaimed architects in the world. He recalls having completed the sketch in just five days, with the main indication being that it had “to look like a Mercedes.”

The 370-foot (113 meters) vessel is not only one of the longest superyachts in the world, even to this day, but was one of the fastest custom projects in history, completed in just 14 months at the Vulkan shipyard in Bremen, Germany. Remember that this was the year 2000, and Le Grand Bleu was one of the few to have not one but two helipads, two mega-tenders, an owner’s bed with a sliding ceiling over it, and a glass-bottomed observation lounge.

Initially built for an American millionaire, Le Grand Bleu was sold to Abramovich, who then apparently gifted it to his friend and business partner, Shvidler. Like many other oligarchs, the two made a fortune during the privatization process of the 1990s in the oil industry. But this successful partnership would get Shivdler sanctioned by the UK. In March, his two private jets were seized while the iconic Le Grand Bleu is still in hiding.