Shipping millionaire’s superyacht is all about italian sophistication 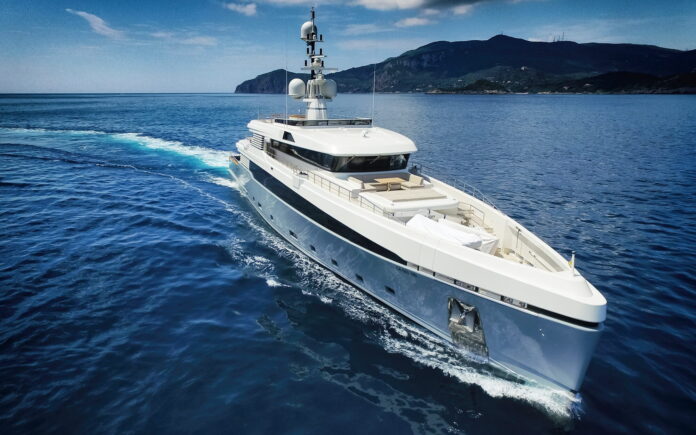 Far from the eccentricities and flashy opulence of much larger superyachts, Aslec 4 proves that discrete refinement and acclaimed craftsmanship are the true marks of luxury. A boat connoisseur and a shipping magnate, this millionaire proved there’s a wiser way to build expensive toys.

A lot of millionaires like to show off their huge floating mansions that cost hundreds of thousands of dollars just to keep up, with outrageously opulent interiors. In the long run, that might not be the best idea. In turn, someone like Cesare d’Amico, the CEO of a reputable shipping company called d’Amico Societa di Navigazione, might take into account more serious aspects when building their superyacht.

D’Amico grew up with his family owning several boats, so it was natural for him to also become a serial yacht owner. He went from smaller wooden boats to the 149-foot (45 meters) Aslec 4, built a decade ago by the prestigious Rossinavi. Although he knew that choosing other European shipyards might have been cheaper, d’Amico went for an Italian brand, which would help maintain the yacht’s high market value throughout the years.

With an ample aft deck and five luxury suites, Aslec 4 has become the millionaire family’s favorite way of vacationing. The luminous interior by Remi Tessier is complemented by state-of-the-art entertainment systems. Black chrome and gold foil are used throughout, giving the vessel a sophisticated look. A large jacuzzi is the sun deck’s centerpiece, in addition to a wet bar. It’s not surprising that this Italian beauty grabbed two Showboat Design awards.

“It’s amazing to see a yacht start from nothing and gradually take form,” d’Amico had told Superyacht News when his superyacht was still under construction. But he has changed his mind about one thing since then. After stating that he wasn’t interested in chartering his custom luxury toy, he eventually did just that.

Recently refitted and still a timeless beauty, Aslec 4 is available for $270,000 per week (€260,000) at Ocean Independence. Even a shipping magnate had to share his superyacht, after all.