Starbucks billionaire’s superyacht Pi sails in for a refit 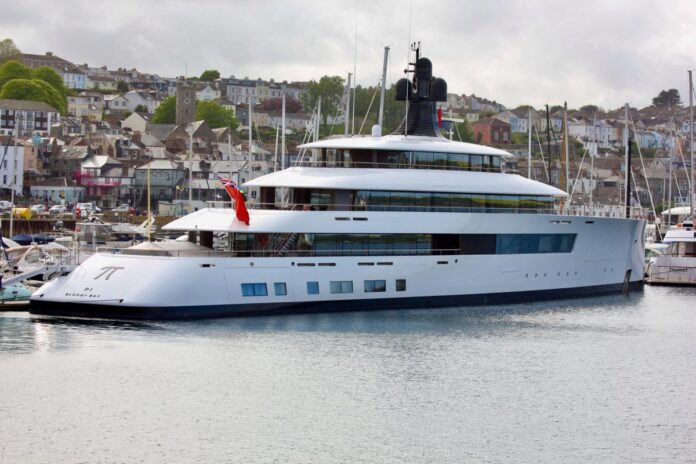 When you’re one of the world’s richest men, getting a custom superyacht that is also a record-breaker can only be enough for a while. A very short while. Just ask Howard Schultz.

Howard Schultz is also referred to as the Starbucks billionaire because, you guessed it, he’s the CEO of Starbucks and he also happens to be a billionaire. With an estimated fortune of over $4.3 billion, he ranks among the 200 richest men in the world, and his collection of luxury toys is illustrative of that.

Among those toys is Pi, a gorgeous superyacht that luxury shipyard Feadship built for him and delivered in 2019. That same Pi, formerly known as project Syzygy 818, sailed into UK waters earlier this week and is most likely heading in for a refit. For most multi-millionaires, getting a custom vessel and a new one at it would be enough for a few years, but this doesn’t seem to be the case here.

According to the British tab Daily Mail, Pi sailed into Falmouth harbor, where it moored for a short while. It then moved to Pendennis Shipyard, where the refit will take place. Pendennis is a world-leading shipyard that specializes in custom superyacht refits, having handled some of the most iconic ships in the world in its 34 years of existence. That Pi is there can’t be a coincidence.

Pi is a spectacular vessel with a value between $150 million and $200 million. The exterior is penned by Jarkko Jämsén – Aivan, while the interior design is Sinot Yacht Architecture & Design, with naval architecture by De Voogt Naval Architects. Upon delivery, it was the 195th superyacht in the world by size and the 21st largest from Feadship.

Boasting accommodation for up to 12 guests and 18 crew, the 252-foot (77-meter) superyacht features incredible amenities like a helipad, a large glass-bottom infinity pool above the beach club, a shaded jacuzzi in the bow, and outstanding spa facilities. Since it was never offered for charter, specifics remain scarce, but it is known that it’s powered by twin MTU engines that take it to a top speed of 18.4 knots (21.2 mph / 34 kph) and that it has extended autonomy at sea.