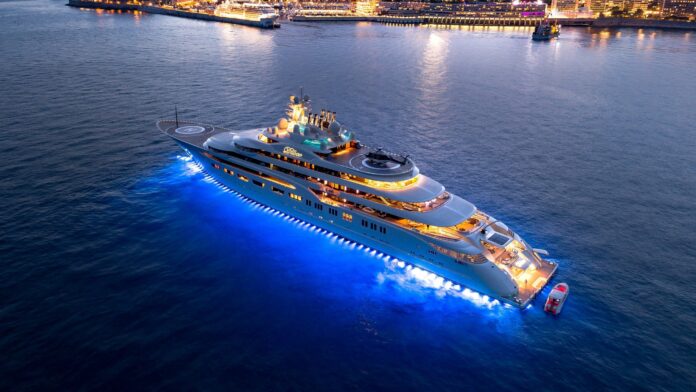 The change in season isn’t getting Russian oligarchs breaking out their designer bathing suits and custom superyachts to sail them to the fanciest party hotspots.

Since the start of the war in Ukraine on February 24, 2022, several countries have imposed economic sanctions against Russian oligarchs, in the hope that it might cut President Putin’s funding. With several of the world’s biggest superyachts being impounded, temporarily arrested or under investigation around the world, it’s no wonder that the same oligarchs are not looking forward to this summer’s party szn.

Cue the world’s smallest violin. The party stops for the world’s mega-rich of Russian origin, whether they’re on sanctions lists or not. This should hardly come as a surprise to anyone who monitored the topic of sanctions even rarely, but Bloomberg notes that the Balearic Sea, once a trendy destination for Russian-owned mega- and superyachts, has become “treacherous water.”

Maritime tracking data reveals that the area, which offers access to party islands like Majorca and Ibiza, is now being carefully avoided by superyachts. Spain has already seized two superyachts (Tango and Lady Anastasia), and Russian multi-millionaires are not exactly itching to lose their floating palaces by going there or having them offered for charter.

For comparison, spring break in March-April 2019-2021 saw at least nine megayachts owned by Russian oligarchs regularly stopping in the Balearic Sea, “often on multiple visits,” including Graceful and the iconic Dilbar. This year, in the same timeframe, only Roman Abramovich’s Solaris braved fate to cross the Sea, and it was only because it was fleeing from Barcelona to Turkey.

This is obviously a direct consequence of sanctions, and the seizures happening in many European countries. “Every rich Russian who owns a megayacht, even if they aren’t on sanctioned lists now, they will definitely think twice before moving their yachts to Majorca, Ibiza or anywhere in Europe,” Denis Suka, aka the Yacht Mogul, tells the media outlet. “The sanctions list keeps getting bigger and longer. It’s not safe for any Russian oligarch.”

Instead of partying onboard their vessels, often with celebrity friends, Russian billionaires and multi-millionaires are sailing to safe havens in Seychelles, Maldives, Dubai, Fiji, and Turkey.