America’s Cup – Untold, The Race of the Century 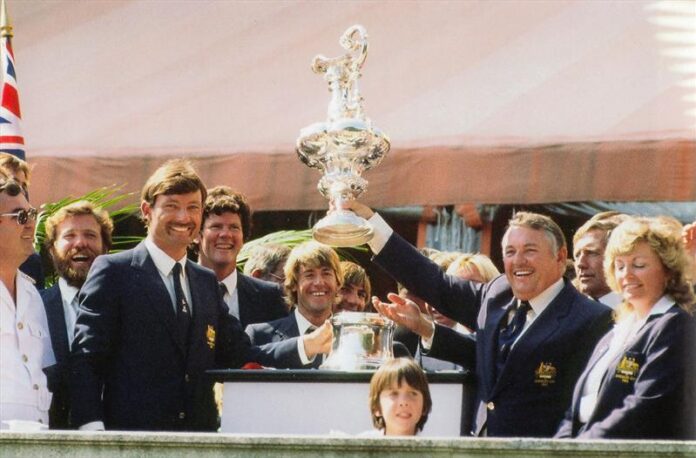 Untold, The Race of the Century’ airs on Netflix on September 6, 2022.

In September 1983,, Australia won the America’s Cup, breaking 132 years of American domination, and in the process, breaking the longest winning record in modern sporting history.

Pertn December 2010: Australia II (KA 6) is the 12 Metre challenge boat sailed by John Bertrand to win the 1983 America’s Cup. She was the first successful challenger, and broke a 132 year string of successful defenses by the New York Yacht Club. Designed by Ben Lexcen, built by Steve Ward, owned by Alan Bond and helmed by John Bertrand. Lexcen’s Australia II design featured a winged keel which gave the boat a significant advantage in sailing faster and pointing higher into the wind.