HomeSportDivingTriton TE will be the world's first acrylic sub to reach the...
SportDiving 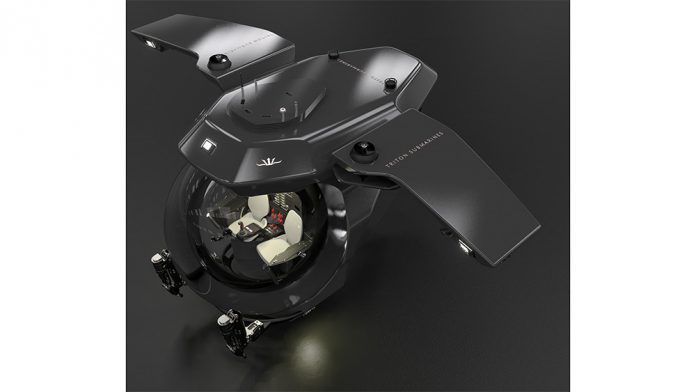 Triton’s new 13000/2 TE, standing for Titanic Explorer, is designed to be the deepest-diving, acrylic-pressure-hulled submersible ever produced. It also is the first with retractable Gull Wings. The TE was named following the 2019 exploration by a Triton of the RMS Titanic. It was the first manned mission to visit the Titanic in 14 years.

The new model has a 13,123-foot (4,000-meter) depth rating for deep-ocean research. Triton said that the retractable Gull Wing design provides versatility during underseas operations. When the wings are retracted, the submarine is more streamlined for fast ascents and descents, while also being able to maneuver around tight spaces. When the wings are fully extended to nearly 20 feet, they become a platform for lighting and cameras. They are also designed for scientific observation or close macro video work. The submarine also has a “silent glide” feature for filming delicate species.

“When we started thinking about the design of the Triton Titanic Explorer, we knew the unique visual capability of being the deepest diving acrylic hulled sub would need to be countered by the darkness at depth,” said John Ramsay, Triton’s principal design engineer. “What’s the point of going down if you can’t see anything when you get there? So, we developed the Gull Wings to counter just that.” 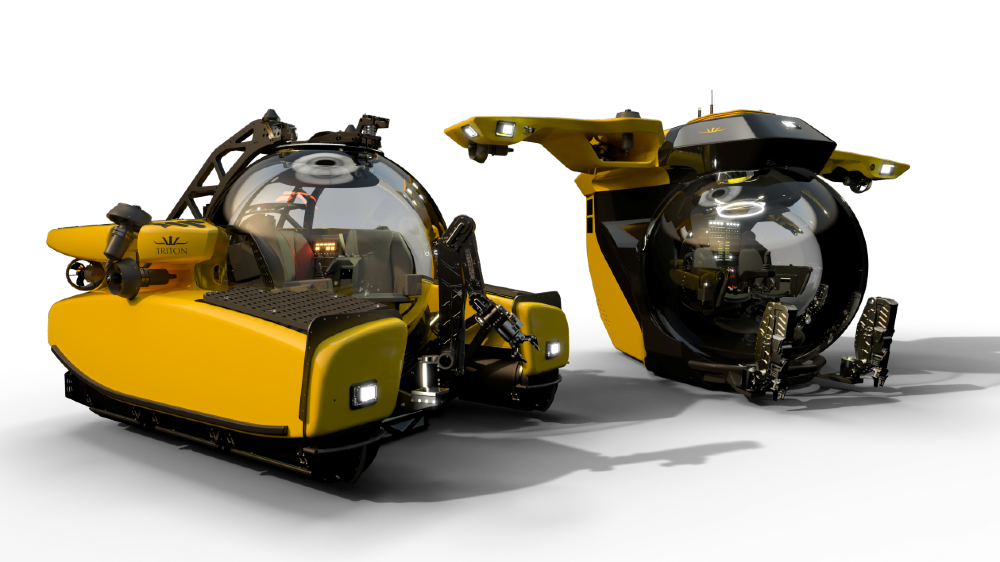 The Gull Wings on the TE submersible to the right show how Triton has evolved with its latest design. Courtesy Dark Ocean Design

Ramsay said the integrated lighting and cameras let the operator “adjust the position of the wings for dexterity, control and maneuverability.” He added that the design will be good for deep-sea filmmakers, researchers and scientists.

The other innovation is the acrylic sphere, which makes it possible to dive below 13,000 feet. The company said that advances in materials technology and the development of proprietary manufacturing techniques allow for the thickest, and strongest transparent acrylic hull possible.

Ramsay said that the acrylic becomes “virtually invisible” below the ocean’s surface, providing strong panoramic views with no distortion. He said the BBC’s award-winning Blue Planet II series shows that the clarity of footage shot from inside Triton’s acrylic submersible and from exterior cameras were indistinguishable. 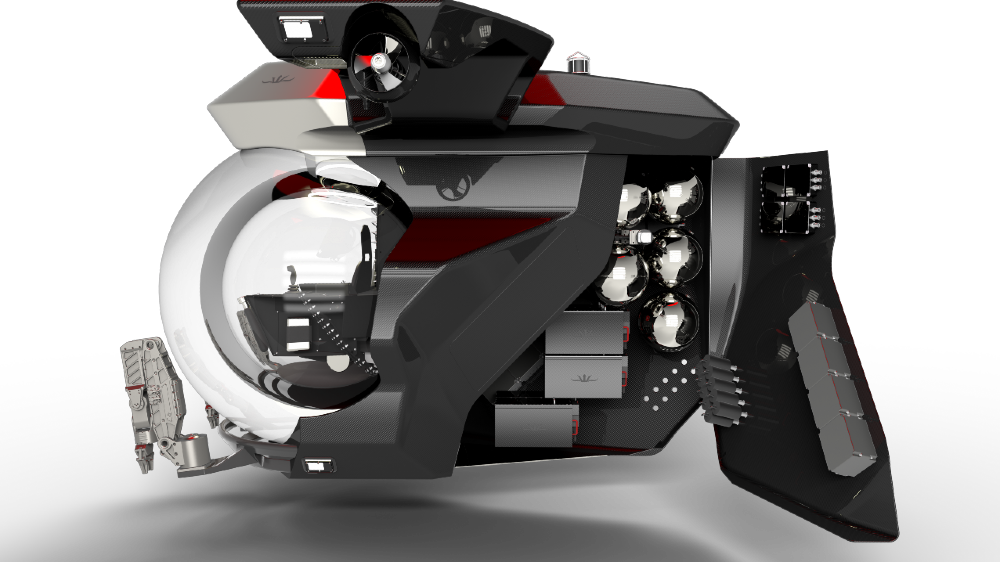 The acrylic bubble will allow transparent viewing at the deepest ocean depths, with visibility as clear as from cameras filming outside the submersible. Courtesy Dark Ocean Design

Triton co-founder Patrick Lahey said his company is always asking, what’s next? “We’ve found it’s not just about going down in a submersible, it’s about the user experience and the things we can do once underwater,” he says. “People are starting to think about submarines and ocean exploration in a whole new way and we’re excited to bring that technology to them.”