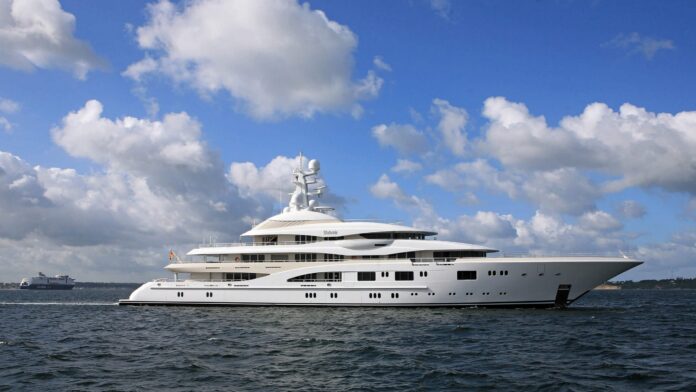 In the midst of unprecedented international sanctions targeting Russian oligarchs’ assets, Valerie was certainly a big fish due to its indirect connection to one of the most influential tycoons in Russia.

Spain joined the ranks of the countries that have seized superyachts with Russian ties after Prime Minister Pedro Sanchez publicly announced that authorities had “temporarily immobilized” the vessel of a known mogul, Business Insider reports. Although Sergei Chemezov wasn’t named, Valerie is registered to his stepdaughter, Anastasia Ignatova, and was sailing under the flag of Saint Vincent and the Grenadines.

According to Reuters, the yacht is going to remain detained until the Spanish authorities confirm its ownership. This would be a drastic sanction, but not the first one that Chemezov had to face. One of the wealthiest and most powerful men in Russia, he is not only a former KGB officer who worked closely with Vladimir Putin but also the CEO of Rostec, the giant state military-economic complex that oversees, among other things, the country’s production of military vehicles.

The Russian CEO was sanctioned in 2014 after Russia had annexed Crimea and again in 2020. This time, it seems that some members of his family are targeted as well, including his stepdaughter, who is the registered owner of Valerie, among numerous other assets, worth up to $400 million.

The 279-foot (85 meters) luxury vessel was built by Lurssen a decade ago, featuring an exquisite design by the famous Espen Oeino and Reymond Langton. There aren’t many details available about the secretive ship’s interior or amenities, but it’s known that it boasts a helipad, a 19.6-foot (6 meters) pool, and a state-of-the-art spa, in addition to impressive transatlantic cruising capabilities.

Despite his $153 million superyacht having been seized, Chemezov is confident in his and his country’s ability to get past these sanctions, according to media sources. As one of Putin’s closest allies, the millionaire most likely knew what he was about to face and was willing to do it. As for Spain, Valerie was its first big “catch,” but it warned that more will follow.