HomeEventsRegattaPrincesa Sofía Mallorca: Much more than a training regatta
Regatta

Princesa Sofía Mallorca: Much more than a training regatta 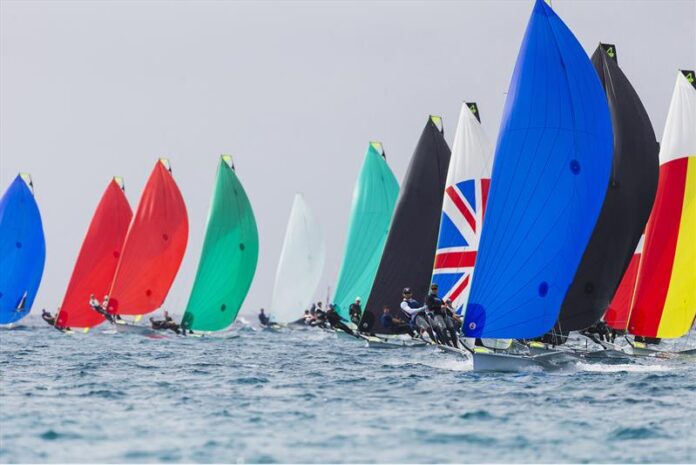 The Mallorca Sailing Center Regatta reaffirmed the status of the Bay of Palma as one of the world’s benchmarks for Olympic class sailing competition.

Nearly 280 sailors made the best of three intense days racing at this traditional training regatta to familiarise themselves with the scenario in which they will compete in the 51 Trofeo Princesa Sofía Mallorca.

“It was an excellent exercise,” explains Ferrán Muniesa, from the Club Nàutic S’Arenal. “We were able to hold many races and the bay offered us two days of typical southerly wind conditions and one, on Saturday, a rougher day, with westerlies and showers. It’s true that it was a training regatta but there was a real competitive edge in each division, nobody likes to lose, especially the champions. It was especially interesting to see that several boats were using the new Olympic equipment for the first time, how the teams took advantage of this training session to measure speeds, and the presence of coaches on the course to record and take note of everything”.

The ILCA 6s were able to complete six races, the Nacra 17s seven, the ILCA 7s, 49er and FX eight, and the 470 Mixed nine legs. They all competed on three race course areas between Can Pastilla and El Arenal, confirming the success of a formula that allows the teams to train against their rivals but without the real pressure of there being titles at stake and points towards the Hempel World Cup Series, such as the Trofeo Princesa Sofia Mallorca.

Even as a training regatta, the Mallorca Sailing Center Regatta served for the Spanish Cup in the 470 Mixed class, with victory for the Xammar-Brugman duo, followed by María Bover/Pablo García and Neus Ballester/Nacho Dávila. The race was also the premiere for the RFEV Iberdrola Women’s Sailing Cup, which crowned Dani Cardona in ILCA 6, Patricia Suárez/María Cantero in FX, Jordi Xammar/Nora Brugman in 470 Mixed and Iset Segura/Marcos Fernández in Nacra 17.

Three weeks for the Sofia

With the Mallorca Sailing Center Regatta completed, the crews have three weeks until the start of the Olympic class competition programme in the 51 Trofeo Princesa Sofía Mallorca. “One of the things the sailors appreciate the most is that between the two events they have time to go out on their bikes and enjoy the island,” explains Javier Zaynoun, from the Club Náutico San Antonio de la Playa. The list of registered entries already exceeds 800 crews in the ten participating classes.