Oil fillers refuse to refuel famous oligarch’s yacht Ragnar, even though he’s not even sanctioned 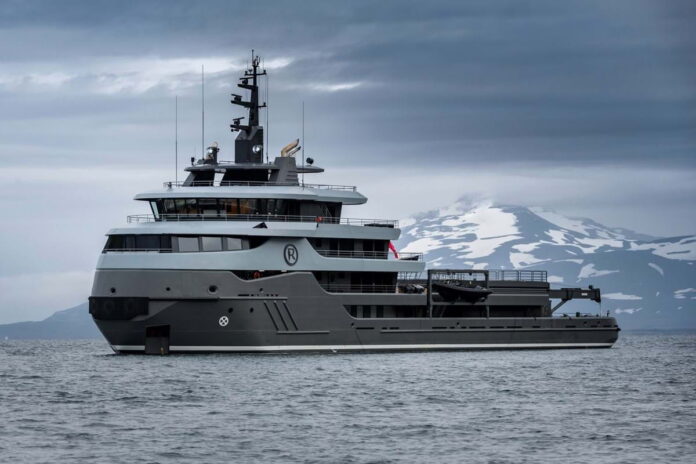 News about multiple luxurious pleasure crafts owned by Russian tycoons with ties to Kremlin being seized has made headlines these past few weeks. The ones that are targeted belong to powerful, ultra-rich people who supported Putin. Since it’s not a member of the EU, Norway cannot contribute to this black list and cannot take official measures targeting the assets of Russian oligarchs.

But the Daily Beast reports about an incident first signaled by the New York Times, stating that Norwegian authorities are considering other ways in which they could sanction those who are closely connected to Putin, even though they may not be on the EU’s list.

That’s the case of Vladimir Strzhalkovsky, a former KGB officer who held top positions both in the government and in the metal industry, known as one of Putin’s closest allies. His famous explorer Ragnar is now stuck in Norway because local oil fillers have simply refused to refuel it.

Even though the Ragnar is not officially targeted, at least for now, oil fillers in Norway have the right to decide not to refuel it. According to the local media, one of them ironically said that the Russian oligarchs can “row home, or use a sail.”

Named after the famous Viking king, Ragnar is a 224-foot (68 meters) commercial vessel turned luxury explorer. Equipped with ice-breaking propellers, it can easily travel to Antarctica while spoiling passengers on board with opulent amenities, including a spa, jacuzzi, and swimming pool, a cozy fireplace, an observation lounge, and a gym. Estimated at over $78 million, Ragnar is also a high-end charter superyacht, going for $650,000 per week.

For now, it’s still unclear how and if the luxurious explorer will eventually leave Norway and what its fate will be in the future.