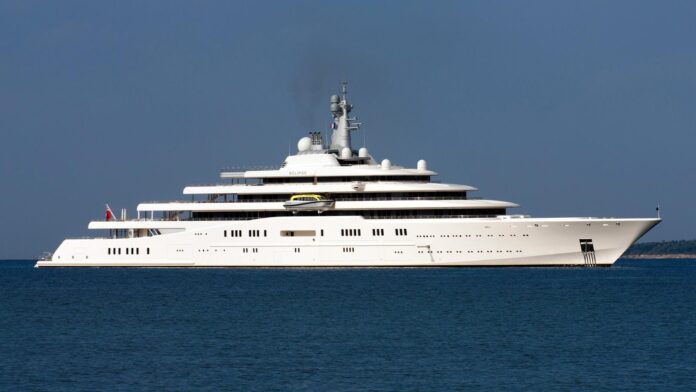 Ship tracking platforms show that the billionaire’s yachts “Eclipse” and “Solaris” are relocating to the Mediterranean, with no port destination specified.

Russian oligarch and billionaire Roman Abramovich is on the move—and so are his superyachts.

After being slapped with sanctions in response to Russia’s invasion of Ukraine, the billionaire was last seen on March 14 at an airport in Israel, where he has dual citizenship, according to Reuters.

Abramovich, who is currently worth an estimated $7.1 billion, according to Forbes, appears to be moving his yachts to safer waters. His 533-foot superyacht Eclipse, normally anchored year-round in the Caribbean, has been sailing east towards the Mediterranean since February 21, according to global ship tracking platform MarineTraffic. As of Wednesday, the ship is located off the coast of Algeria and is still sailing east with no port destination specified. The yacht, estimated to be worth over $600 million, is one of the largest and most expensive in the world, and seems to be cruising towards Abramovich’s other yacht, Solaris, in the Ionian Sea. 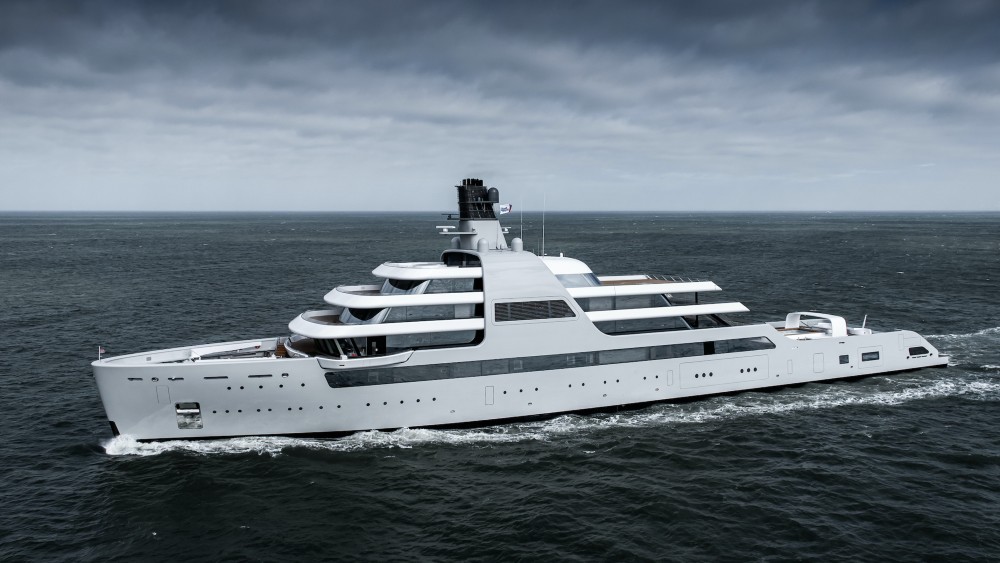 The 461-foot Solaris is currently located in the Ionian Sea off the western coast of Greece and heading south. Solaris was most recently at a port in Barcelona, where it had reportedly been receiving repairs since late 2021. The ship left without declaring a destination. However, it’s possible both Solaris and Eclipse are heading towards each other and are even eyeing ports in Israel where Abramovich is considered safe from sanctions.

Though a long-time ally of Russian President Vladimir Putin, Abramovich has denied having close ties to the Kremlin. This hasn’t stopped dozens of nations, including the US, UK and several EU countries, from implementing sanctions and asset freezes on the oligarch. The sanctions are part of a concerted multinational effort to pressure Russia’s wealthiest and most powerful individuals to help bring Russia’s war on Ukraine to an end.

Perhaps sensing the economic pressures to come, Abramovich made headlines just days after the Ukraine invasion for selling his beloved Chelsea Football Club in London for $2.5 billion. The billionaire said all proceeds would benefit Ukrainian refugees and “victims of the war,” which, notably, may also include Russian soldiers. 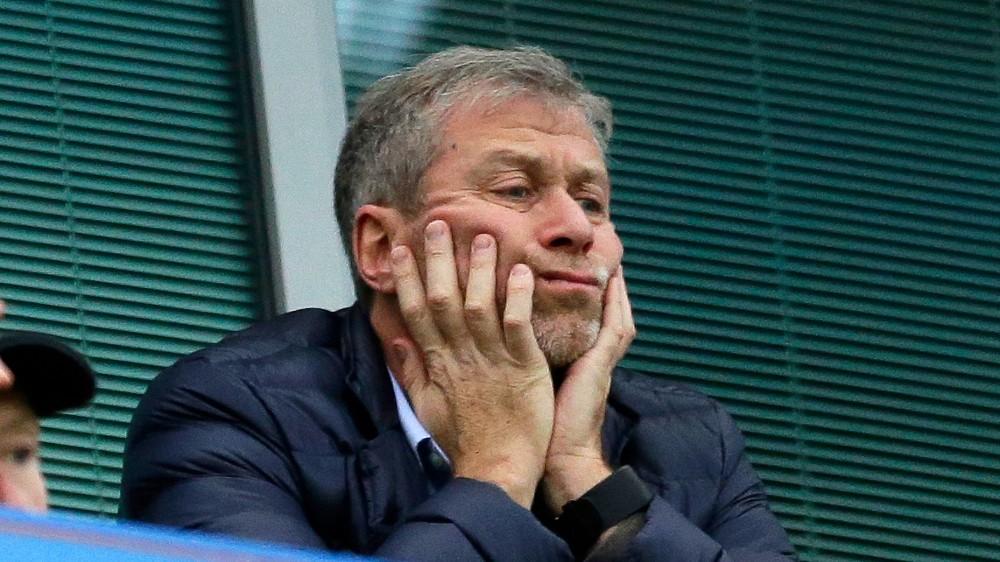 Russian oligarch and Chelsea Football Club owner Roman Abramovich appears to be seeking cover from international sanctions in Israel, where he has dual citizenship. Associated Press

Abramovich is just one of many Russian billionaires who are moving their pricey assets to avoid seizure by international authorities. This week, Italian police seized Russian oligarch Andrey Melnichenko’s 486-foot Sailing Yacht A, and earlier this month, France impounded the yacht Amore Vero, owned by Russian oil billionaire Igor Sechin. Other Russian billionaires have had their yachts impounded in other EU countries, as well. Russians own up to 10 percent of the world’s megayachts, so Abramovich isn’t the only billionaire facing the prospect of having his prized vessels seized.

This isn’t the first time Russian oligarchs’ whereabouts have been made public. Florida teen Jack Sweeney, who once tracked Elon Musk’s jet, created a Twitter account—@RUOligarchJets—dedicated to tracking the private jets of Russian oligarchs, which is updated daily.

Facebook
Twitter
Pinterest
WhatsApp
Previous article
Oil fillers refuse to refuel famous oligarch’s yacht Ragnar, even though he’s not even sanctioned
Next article
Bucket loads of promise as J Class fleet lines up in Saint Barth’s for the superyacht regatta