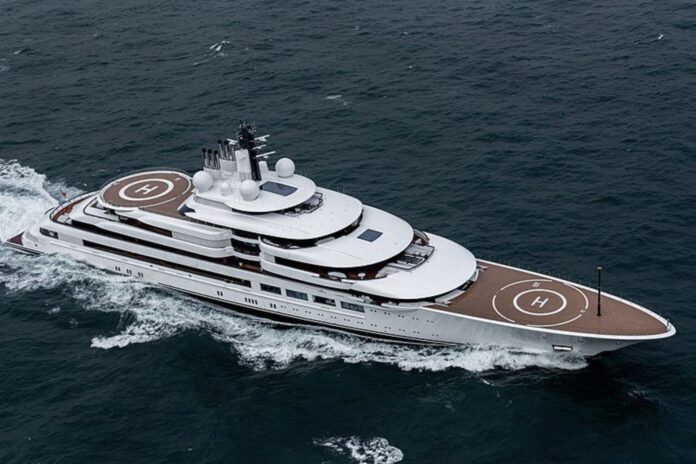 Crew members abruptly left a coastal town in Tuscany, where the yacht “Scheherazade” is docked, amid international investigations into the 459-footer’s ownership.

In the wake of widespread sanctions against Russia and the subsequent seizing of oligarchs’ assets, Russian crew members aboard a $700 million superyacht potentially linked to President Vladimir V. Putin have quit their jobs amid scrutiny of the luxurious 459-footer.

The mysterious vessel in question, which goes by the name of Scheherazade, has sparked a wave of controversy over the past two weeks while dry docked in the port of Marina di Carrara in northern Tuscany as officials struggle to identify the official owner.

The Russian crew members, however, had been fixtures in the small town since the fall of 2020 when the Lürssen yacht first arrived, as reported by the New York Times. Local union leaders and workers say the crew abruptly left their jobs and the coastal town following international investigations into the yacht’s ownership.

“They were replaced by a British crew,” Paolo Gozzani, the local leader of Italy’s General Confederation of Labor trade union, told the Times on Wednesday. “I don’t know and don’t care whether the yacht is indeed Putin’s or not, but I worry about the repercussions on shipyard workers if police impound or confiscate the vessel.” 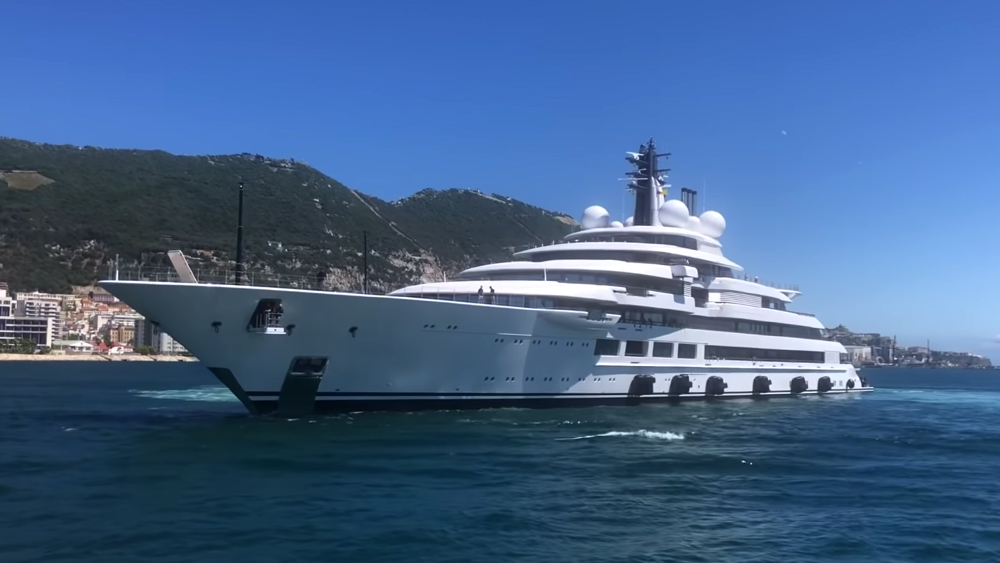 Scheherazade will remain in Italy while the investigation to uncover whether it is owned by Russian President Vladimir Putin continues.

Scheherazade’s real ownership appears to be shrouded by various shell companies. This week, though, Russian opposition leader Aleksei A. Navalny and his team published a video they say proves the six-decker belongs to Putin or one of his closest associates. That’s based on a 2020 crew manifest which showed a dozen of Scheherazade’s Russian crew members either worked for or had a connection with Russia’s Federal Protective Service.

US intelligence officials also said this month they had found initial indications that the glitzy superyacht was linked to Putin, but would not describe what information they had.

Captain Guy Bennett-Pearce, meanwhile, told the Times that Putin had no stake in the yacht, but declined to name the owner. Bennett-Pearce has said that he would provide Italian police with documents stating the owner’s name.

Similarly, the Italian Sea Group, which owns the shipyard where Scheherazade is currently docked, said that, based on “checks carried out by relevant authorities,” the yacht is “not attributable to the property of Russian President Vladimir Putin.”

Italy’s finance police, who have been looking into Scheherazade’s ownership for weeks, told the Times that the investigation was continuing but provided no other details. Until the marine mystery is solved, Scheherazade will stay exactly where she is.