The UK has seized a 192-foot Russian superyacht Phi 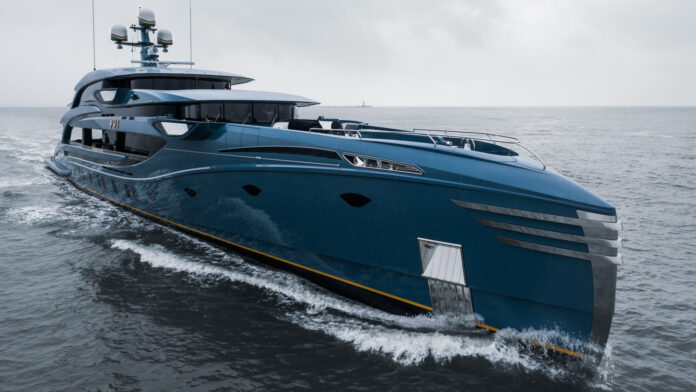 Shortly after impounding a private jet with suspected links to a Russian billionaire, the UK has seized a $50 million superyacht owned by an unnamed Russian.

The vessel in question, which goes by the name of Phi, was detained in London’s Canary Warf as part of the sanctions imposed against Russia for its attack on Ukraine, as reported by the National Crime Agency (NCA).

Like the US and Europe, the UK has introduced a number of different sanctions against Russian oligarchs and businesses to increase economic pressure on Putin and the Kremlin. However, this is the first superyacht the country has seized. It also marks the first detention of a superyacht in UK waters. 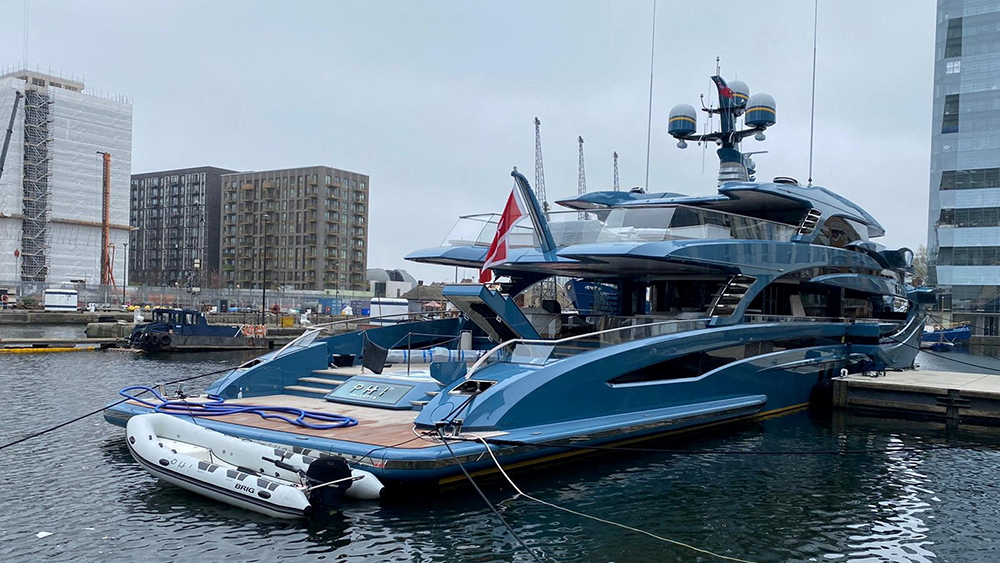 It’s a beauty, too. The handiwork of Royal Huisman, the blue 192-footer was named after a mathematical concept known as the golden ratio, which is said to reflect natural order and beauty. And among its amenities, the boat is equipped with an “infinite wine cellar” and a penthouse apartment on the upper deck.

The third-largest vessel in the Dutch yard’s fleet, Phi made its maiden voyage from the Netherlands to London last December. It was docked at Canary Wharf for a superyacht awards ceremony and was due to depart the capital at noon on Tuesday before NCA officers issued the notice of detention. 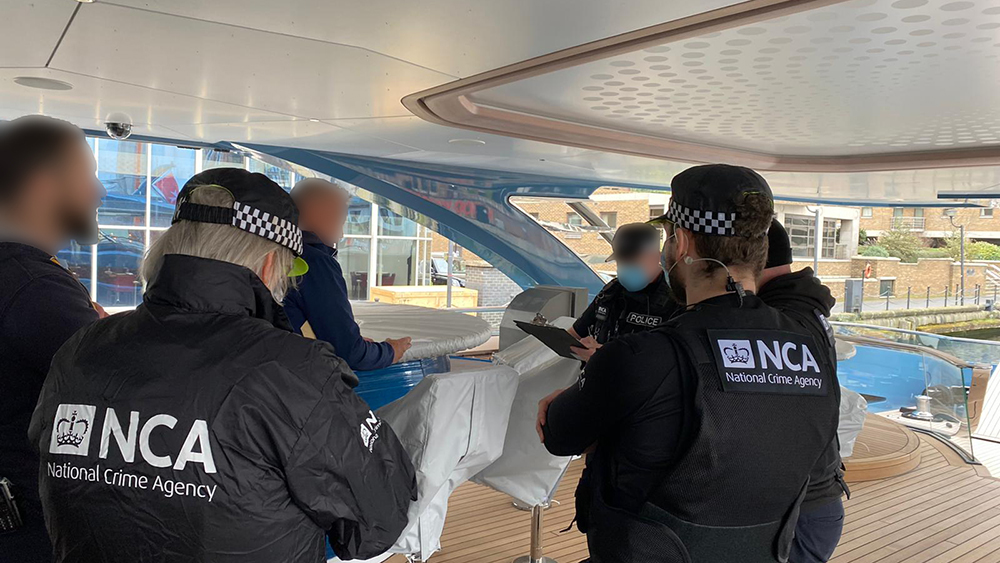 NCA Officers boarded the superyacht on Tuesday and issued the notice of detention. National Crime Agency

Phi was first flagged as potentially belonging to a Russian on March 13, but the superyacht’s ownership has been “deliberately well hidden,” according to the government. Indeed, the company Phi is registered to is based in the Caribbean islands yet the ship carried a Maltese flag.

The Department for Transport (DfT) did not say why it is not naming the individual who owns the yacht, though transport secretary Grant Shapps said the move was “a clear and stark warning to Putin and his cronies.”

“The ship won’t be going anywhere for the time being,” he added. “People who have benefitted from [Putin’s] regime cannot benefit from sailing around London and the UK in ships like this.”

The UK government says it is now looking at a number of other vessels. It’s not alone in its efforts, either. Italy, France and Finland have also recently impounded an array of Russian-owned superyachts.