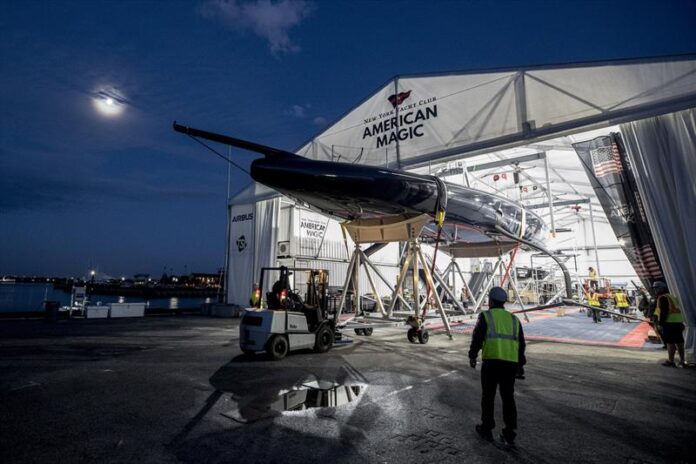 Pensacola News Journal reports that the New York Yacht Club’s American Magic team is returning to Pensacola this year to train for the next America’s Cup.

The team used Pensacola as its summer training base for the 2021 America’s Cup, however in its debrief following that even identified relocation around various venues and training bases.

The America’s Cup is the world premiere sailing racing that has a history stretching back into the 19th Century.

Pace said Pensacola Bay’s natural deep water, protected by barrier islands, makes it one of the best environments in North America for sailing and racing sailboats.

The team is being used as the focus point of a tourism marketing exercise Pace is working with Pensacola businessman Collier Merrill and others to put together a sponsorship package for the team to brand Pensacola on the actual racing vessel.

The Escambia County Tourism Development Council unanimously approved a letter of support for the idea as well as a tentative monetary amount of $500,000 (NZD$738,000) for the effort.

Merrill told the News Journal the idea would be to help the team while also getting Pensacola’s name out into the sailing world that will bring more sailing events to Pensacola Bay.

The American Magic team training in Pensacola is expected to bring in an $8.7 million (NZD$12.0million) economic impact over the next two years, according to numbers Pace and Merrill provided to Escambia County.

The team will have about 60 permanent members living in Pensacola with their families plus an additional 30 team members for temporary periods.

The team will also work with the Pensacola Yacht Club and Pensacola Sports to create a 15-year commitment to create a training pipeline in Pensacola for young sailors.

“(The goal is) to be able to take U.S. citizens who don’t sail and get them into sailing, those who do sail get them into performance and those that are into performance, get them to where they can win on an international level at the Olympics as well as in all manners of amateur or professional sailing,” Pace said.