The U.S. has to pay $30 million in annual running costs for seized Amadea superyacht 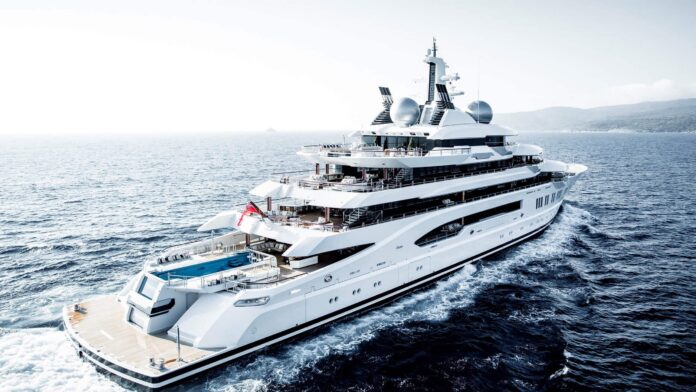 The saga of seized luxury yachts continues, and not just for the Russian oligarchs who are seeing their floating palaces impounded, temporarily detained or fleeing for safety in friendly waters. The U.S. government is looking at a hefty bill for the same assets.

This week, the Fiji authorities gave permission to the U.S. Justice Department’s Task Force KleptoCapture and the FBI to seize Amadea, a 2017 Lurssen megayacht owned by Russian oligarch Suleiman Kerimov, also known as the gold king. Fiji had detained the $325 million vessel on behalf of the U.S. last month, but ownership still had to be verified.

Once that was confirmed (Kerimov owned Amadea since 2021), FBI agents boarded the vessel, which is now locked behind guarded gates at a private wharf. Onboard, they discovered documentation that links Kerimov to fraudulent activity in the U.S., including “[causing] dollar transactions to be routed through U.S. financial institutions for the support and maintenance of the Amadea.”

With Amadea now under U.S. control, authorities are looking to bring the vessel into American waters, ABC.net reports. They can’t do that for now, because Amadea is stuck in Fiji until an appeal on the hearing is made. Once it’s overruled, Amadea will be allowed to sail out of Fiji and into the U.S., and the U.S. government will be able to auction it off.

In the meantime, though, it has to pay for its running costs, which amount to $25 million to $30 million per year. “As with any asset seized for federal forfeiture, the cost to seize, maintain and dispose is commensurate with the value of the underlying asset,” a DoJ spokesperson tells the media outlet. “When the United States decides to pursue an asset for forfeiture, the costs mentioned above are bore by the Government.”

Like with Tango, a smaller and cheaper superyacht that was seized by the U.S. in Palma de Mallorca, Spain, depending on how the fraud case against the owner plays out and for how long, the state might end up paying more than the ship’s worth in total running costs.