Mysterious Megayacht that can change color hides in the Panama haven 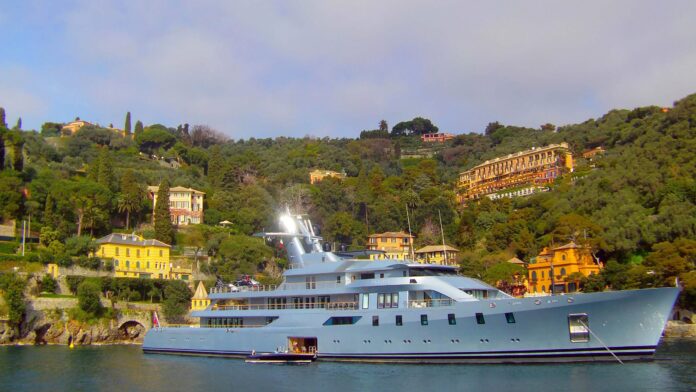 The hunt for sanctioned oligarchs’ luxury toys has brought to the forefront vessels that had been mostly mysterious until now, rarely seen by the public. The stunning Pacific is another megayacht that seems to have eluded authorities, at least so far, having recently reached Panama.

A decade ago, he claimed the title of Russia’s richest man. Today, that’s no longer the case, but his fortune still amounts to a whopping $19 billion. Like many oligarchs, his wealth is mostly due to the privatization process in the natural gas and petrochemical industries.

But that’s also what brought UK sanctions upon him. This is Leonid Mikhelson, the founder and CEO of Russia’s biggest natural gas producer Novatek. Last month, the British government announced fresh sanctions “against key Russian strategic industries and state-owned enterprises,” including “targeting a further eight oligarchs active in these industries.” Mikhelson was one of them, and this is how all eyes were suddenly on the gorgeous megayacht that had been so discrete until now.

More than a decade old, the Pacific draws attention with its aggressive silhouette and metallic finish that apparently shifts color in the sunlight. Measuring 280 feet (85 meters), this majestic ship has an entirely noble DNA, as some of the biggest names in the industry were involved in its construction. The reputable Lurssen brand brought it to life in Germany based on a design by the legendary German Frers, while the mysterious interior, which has never been revealed to the public, was created by Bannenberg & Rowell.

Like all billionaires’ luxury toys, Pacific includes a swimming pool, a jacuzzi, a gym, and a movie theater. But its distinctive features are the color-shifting silhouette and two large helipads. Also, as its name suggests, it was meant to be able to easily travel the world while also reaching a speed of up to 20 knots (23 mph/37 kph) when needed.

These capabilities seem to come in handy now when all the oligarchs’ yachts that haven’t been seized yet are either on the run or reaching safe-havens. Panama is infamous for being one, at least when it comes to taxes, and the mighty Pacific just got there. We’ll have to see whether or not this was a smart move.