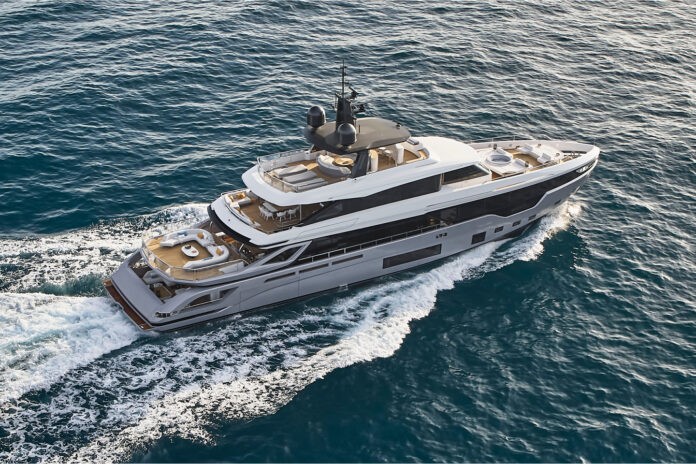 In recent years, Azimut | Benetti has experienced many positive moments, thanks to a constant increase in orders, which culminated in 2021, the season in which a new record was set in the order book, which it surpassed, for the first time in the history of the Group Italian, the 2 billion euros.

Both brands have contributed to this colossal result, synonymous with long-term economic and design solidity, which strengthens Azimut | Benetti’s position as the first private group in the world in the luxury yachting sector. and the latest innovations that have been able to introduce new trends: the 38-meter Grande Trideck for Azimut Yachts and Oasis 40M and B.Now 50M for Benetti.

Models that were particularly appreciated for their ability to favor long stays on board and promote a new concept of luxury, while respecting the characteristics of design, innovation, performance and sustainability that characterize all Azimut | Benetti creations.

The response to the desire of contemporary owners to enjoy spaces ever closer to the sea has prompted sales of the 38-meter Grande Trideck, Azimut’s flagship, the first three-deck boat with four terraces cascading over the sea. Of this model, recently awarded at the Miami Innovation Awards 2022, 16 units have already been sold.

As for Benetti, the greatest satisfactions on the order book front came from Oasis 40M awarded as winner at the World Superyacht Awards in 2021 and B.Now 50M, which achieved a sales record in the history of the brand. In fact, of the two categories of megayachts, 20 and 15 units respectively have already been ordered in almost three years. Exceptional numbers, especially for the segment of boats over 40 meters, where it is customary to define a success as the construction by a shipyard of even just three examples of yachts per year.

A result made possible thanks to the Group’s ability to anticipate trends and to best interpret the wishes of new superyacht owners, who at this moment favor a closer relationship with the sea and for which Benetti invented the Oasis Deck, the oasis bridge that transforms the traditional beach areas into real floating beaches.

Demand was also sustained for the greener offer of the Benetti fleet. The brand has long been committed to mitigating the environmental impact of its boats: even in the 37M segment such as the B.Yond, out of the nine total ordered, there are four projects for boats with hybrid propulsion.

“I think that the key to the success of the last few years has been, once again, the combination of courage and enthusiasm of the whole company to push the boundaries: in the new models, in the manufacturing excellence, in the new sustainable technologies. Our commitment is rewarded by the important results, which we will dedicate to introducing further incredible innovations already in progress, to sustainable growth and to our people “, declared Giovanna Vitelli, Vice President of the Azimut | Benetti Group.