Hundreds of yachts are crowding the waters around the US Virgin Islands as other Caribbean islands close their ports, and it’s creating a trash problem on top of coronavirus fears 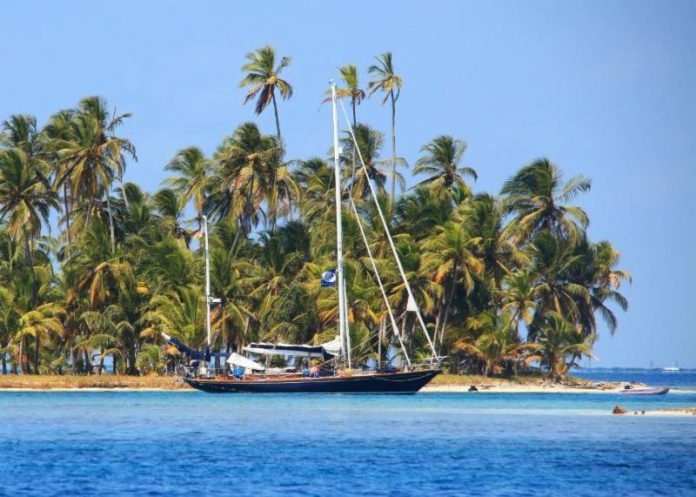 The US Virgin Islands are one of the few territories in the Caribbean currently not turning away boaters. As a result, yachts have been flocking to their ports in record numbers.

The New York Times’ Emily Palmer reported that as many as 600 boats have been seen in the territory’s waters at a time, nearly 400 more than is typical for this time of year.

Many mariners interviewed by Palmer were vacationing in the Caribbean when the pandemic struck and were turned away from the ports of other countries. The US Virgin Islands, which are an American territory and have a population of just over 100,00, consists of four islands: St. Croix, St. Thomas, St. John, and Water Island. The islands’ government can’t completely close the ports or airports because doing so would stop food and medical imports from making their way in.

The islands are also not adequately equipped to handle a massive coronavirus outbreak. The territory has been dealing with the coronavirus since March and had 51 confirmed cases of the virus by mid-April. On March 13, Gov. Albert Bryan Jr. declared a state of emergency for the islands. He issued a stay-at-home mandate on March 23.

Because of these restrictions, mariners have to stay on their boats and are only allowed on to the islands to pick up essential supplies. The island of St. John does not have a pump-out station, so boaters have to travel out to sea to get rid of their waste in a disposal.

As The Times reported, boats parked near the Virgin Islands National Park, in particular, are dealing with an overflow of trash as garbage collection in the park has ceased. The park has allowed select residents to help with the collection of garbage as well as grocery delivery.

Nate Fletcher, owner of Blue Line Yacht Charters, told the Times he is using his boat to collect trash twice a week from mariners at sea. He is charging $5 a bag, and it’s helping him pay his bills.

The Hamptons, Sedona, and Jackson Hole are also adapting to an influx of visitors

The situation in the US Virgin Islands is similar to the one in many parts of mainland America.

Popular vacation spots across the country are dealing with an influx of people, the sheer numbers of which are creating a strain on local resources. Business Insider previously reported that city dwellers who flocked to the Hamptons have caused rental prices to soar. Local grocery stores have reported food shortages.

In Sedona, Arizona, out-of-towners are crowding campgrounds and hiking trails, prompting the mayor to ask tourists to “stay away.” Meanwhile, on the island of Nantucket, officials are worried about people fleeing big cities and taking shelter in their second homes on the island during the pandemic. The island, which has been described as a medical desert, has only 14 hospital beds.

Cruising the Islands of Tonga with the Oyster World Rally