HomeTechnologyGadgetsIf dreams were real, so would this travel companion called Audi X.
Gadgets

If dreams were real, so would this travel companion called Audi X. 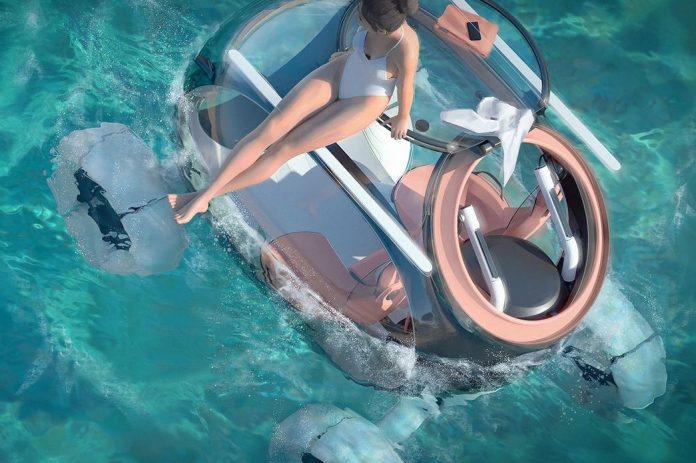 A vehicle that does just one thing and does it wonderfully is a solid buy, but a vehicle that is the sum of all the other vehicles into one is a pipe dream – at least, at this stage. This is one of those pipe dreams: a travel companion that could cross any terrain, from sand to snow and rocky paths, sail on water and, then become submerged for the best experience possible.

If you think about it, this would be a traveler’s ideal vehicle, which is probably why Slovakia-based designer Andrej Zachar, who developed it as part of his master’s thesis, chose to name it a “travel companion.” It’s tiny, it’s compact, it’s (most likely) electric and autonomous, and it packs multiple functionalities in one sleek package.

Called Audi X, this travel companion is far removed from reality. Current trends would not support the viability of such a multi-functional vehicle, as much as we’d like to imagine they would. At the end of the day, few would relinquish the comfort of a private luxury vehicle, the practicality of an off-roader, the luxury of a personal yacht – and trade them all for a bubble on wheels.

In an alternate future, though, it could happen. Audi X is an exercise of the imagination projected into that future, one in which humankind would stop production excess, aim for more sustainable and less polluting means of travel, and favor practicality over aesthetics and/or bragging rights. Not that the Audi X is ugly. It’s not what you’d call gorgeous, either.

Since it’s a sum of the best features in a variety of vehicles, it looks the part. Audi X is meant to be inspired by open-air driving of offroad vehicles, the design statement of the Tesla Cybertruck, the highly specialized functions of the Russian Sherp ATV, and non-traditional solutions like the Moon rovers.

It’s a bulbous vehicle with segmented wheels that adapt to the terrain. This means it would be able to climb mountains, go off the beaten path, drive on beaches and thick mud, snow and sand without issue. The segments on the wheel act as scoops, picking up loose sand/snow/whatever when they come into contact with the surface. Like this:

Audi X could also drive straight into water, and, for the most striking experience, roll around on the seabed like a crawling submersible. The glass enclosure would, in this particular instance, offer breathtaking views of marine life. Or Audi X could use its motors and its segmented wheels to sail like a bulbous, cute boat of some sorts. An opening porthole would offer easy access to the water.

To further enhance the multi-functionality of this theoretical vehicle, Zachar imagines it with a customizable cabin. Depending on the customer, it could be designed as a two-, three- or even four-seater, with reversible orientation and added features for more comfort.

Zachar doesn’t detail the kind of power this all-capable vehicle would dispose of or go into other specifics. That said, one render hints it would be all-electric, with one screen showing the remaining range. Considering the varied environments it was designed for, it wouldn’t be completely far-fetched to imagine an autonomous Audi X – since you’d want to be able to take in those marine views at leisure and not have to worry about operating the machine.

Full autonomy will have been reached long before humanity decides to replace all means of transport with something like this Swiss army knife of a travel companion. Assuming it ever does.

Manta5 Hydrofoiler XE-1 is the e-bike of the seas

Yacht Extension, a revolutionary way to enjoy the sea