Ragnar Superyacht is on the move again, after it was denied fuel in port 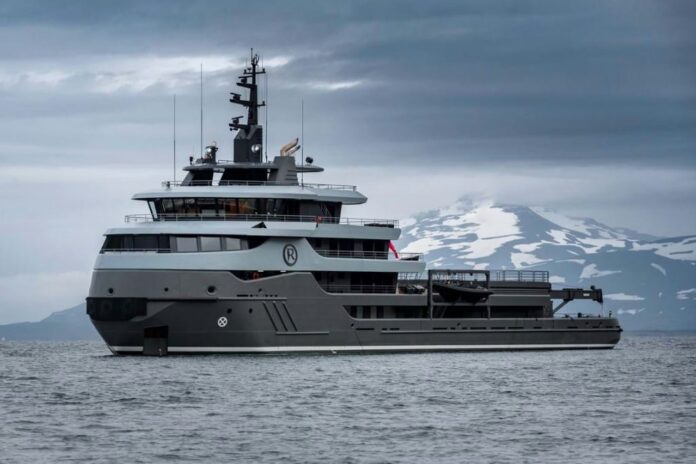 A situation of almost comical proportions seems to have worked itself out, in one way or another. Ragnar, the gorgeous superyacht explorer owned by former KGB agent Vladimir Strzhalkovsky, is on the move again.

Vladimir Strzhalkovsky is a former KGB agent with close ties to Russian President Vladimir Putin. He is also the owner of Ragnar, perhaps one of the most stunning conversions of an ice-class explorer into a luxury vessel. Even though Strzhalkovsky’s name is yet to be included on international sanctions list, Ragnar became stuck in a port in Norway five weeks ago, when local suppliers simply refused to fuel it.

Their reasoning was clear, as they told the local media at the time: they didn’t want to provide any kind of assistance to Russian entities, regardless of whether they were included on the sanctions list or not. The fuel suppliers were joined by local businesses that refused to do any type of transactions with crew members, so for five weeks, they had to resort to fishing and barbecuing the catch on board, because no one would sell them foodstuff.

No word yet on what changed in terms of the Norwegians’ feelings about Ragnar’s owner or its crew, but the superyacht explorer is on the move again. It left Narvik in Norway on March 30 and is nearing the port of Valletta, in Malta. VesselFinder notes that it should have docked in Malta on April 15, but the latest update shows it’s still on the move, en route there.

The association with a former Russian spy aside, Ragnar is a most impressive vessel, with a price to match: $85 million. It started out as a 2012 industrial supply vessel in Kazakhstan, Sanaborg, but was abandoned in the Netherlands after very little use. Strzhalkovsky bought it and had ICON Yachts do the full-blown conversion, which turned it into a superyacht for 12 guests, with luxe amenities, and a gigantic garage for toys.

Speaking of toys, they include a Luxury Ripsaw EV2 and a Sherp ATV, a Eurocopter EC145 helicopter, a three-person submarine, two ice-breaker tenders, two Laser sailing boats, Seabobs, four jetskies, four snowmobiles, and several ATVs. As fit for a superyacht, it also has a pool and a jacuzzi, double master suites, a helipad and garage.